ART WORKS FETCH NEARLY HALF A MILLION AT ARTVILNIUS’12 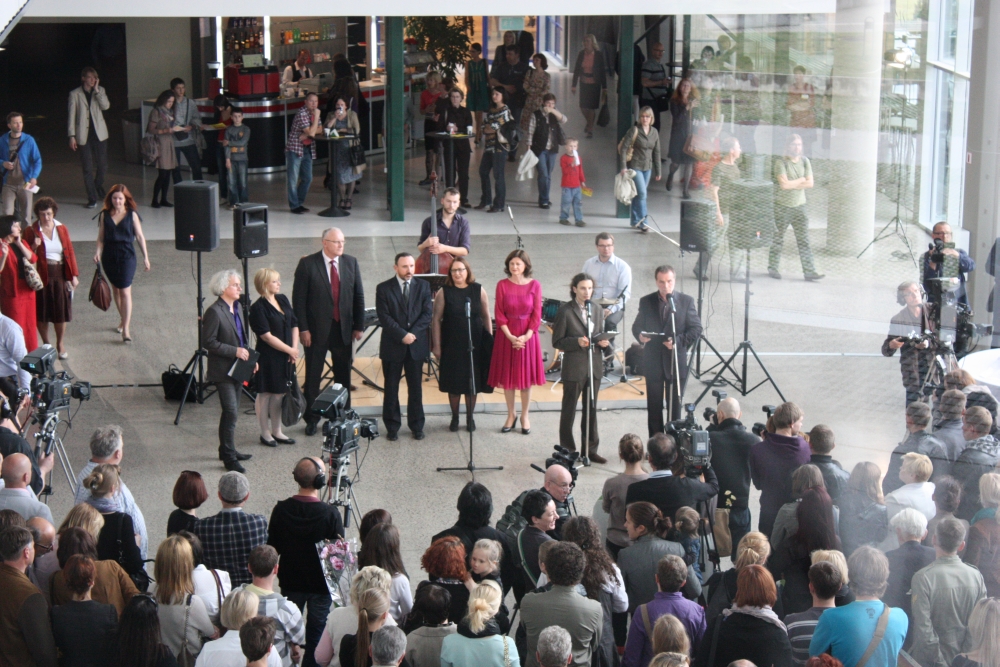 The Third Contemporary Art Fair ARTVILNIUS’12 appeared to be the most successful one – 53 member galleries from 12 countries of the world sold 117 pieces of art for nearly half a million litas.

The greatest collectors’ attention was caught by contemporary Indian art presented by Gallery 21 from Latvia, works by V. Viningas, A. Petrašiūnaitė, V. Marcinkevičius, photographs by A. Sutkus and R. Rakauskas, paintings by A. Gataveckas. The latter author has sold his all five paintings. Galleries from Germany, Ukraine and Latvia have also enjoyed much sales success. Gallery 21 and Gallery NB from Denmark sold 6 artworks each, representing the biggest number of works sold per gallery. The biggest price paid for an art work was 40,000 litas.

The best artist and the best gallery were selected by visitors, too. Algirdas Gataveckas got the most visitors’ votes; he was also selected as the Best Young Artists of ARTVILNIUS’12 by the panel of judges. The visitors’ most favoured gallery was Kaunas Photography Gallery, which presented works by A. Sutkus and R. Rakauskas. A total of 3,758 visitors voted at the art fair.

According to Mrs. Diana Stomienė, directress of Art Fair ARTVILNIUS, this art fair outperformed its predecessors. “We are very pleased with the results as they prove we are on the right path. This year collectors started buying art works on the very first day, as it is common in other internationally renowned art fairs. Negotiations were in progress up to the last minute. On Sunday, Walter Bischoff Galerie sold a piece right before the closing. Also, there was more action in this art fair than before, including various educational programmes, demonstration of documentary films about artists, video art programme, 3 performances, concerts given by well-known performers and meetings held with the authors of the exhibited works”, comments Diana Stomienė.

This year, the art fair was visited by 15,000 people. The art fair caught the interest not only of collectors, but of known business people as well. There were quite many famous artistic figures among the visitors: directors, actors, musicians and designers. In addition, quite many organised groups of children and artists came to visit the art fair from other cities and towns of Lithuania.

According to Diana Stomienė, the sponsors and partners who believed in the project, also the professional work of art fair architect Heinz Hermann Jurczek who is the author of the exposition of the art fair, and the high artistic level of the presented authors contributed a lot to such good results of the art fair. This year, the organisers of the art fair were assisted by volunteers and students from Vilnius Academy of Arts. There were as many as 80 of them this year.