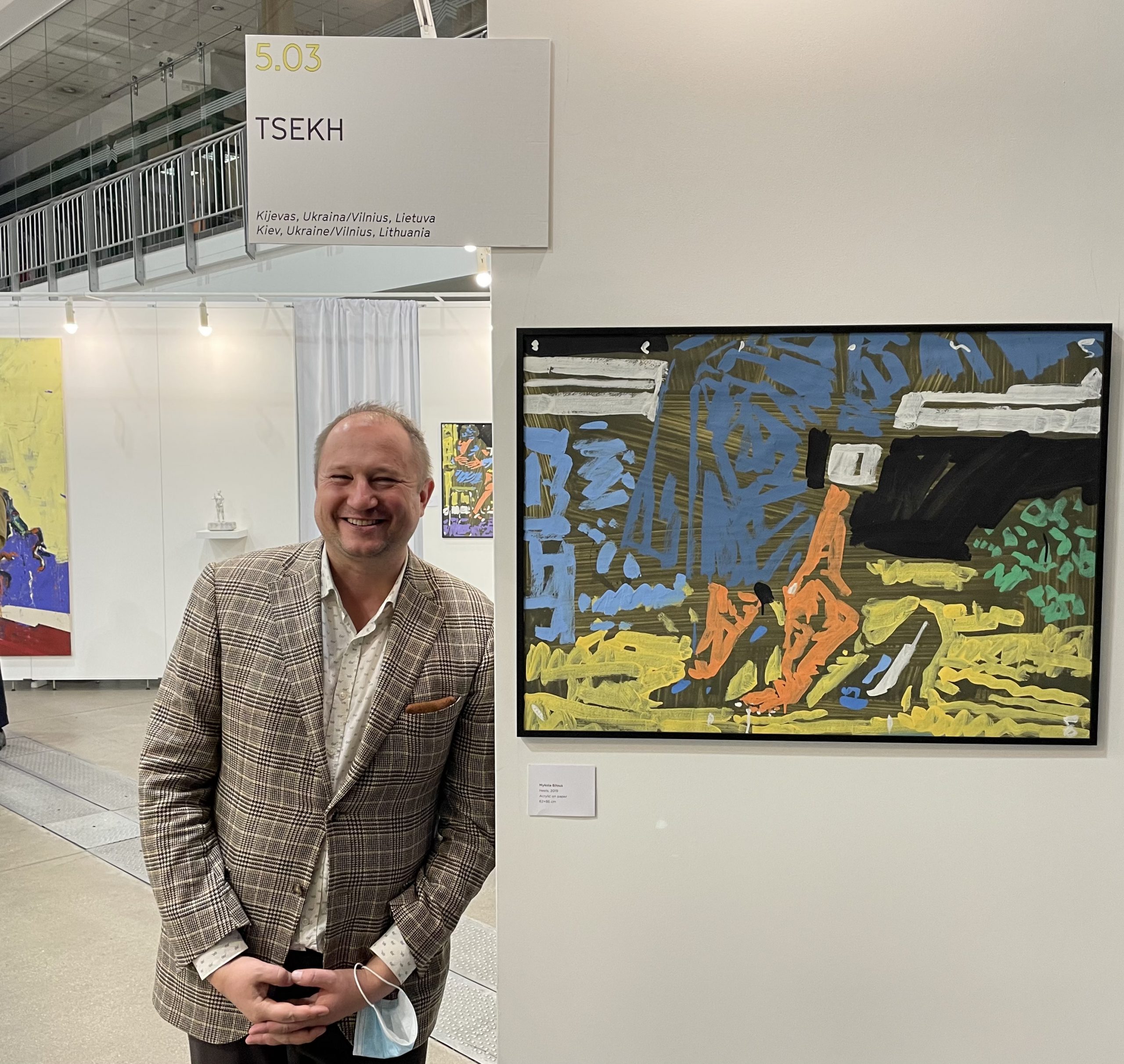 The premises of the Ukrainian art gallery TSEKH in Kyiv could be destroyed at any time. Some of the works in the Ukrainian-founded Vilnius branch gallery are the only hope for the gallery and the artists to survive this terrible period of war. The organizers of ArtVilnius are inviting you to support Ukrainian artists by participating in an auction, which will take place at the TSEKH Gallery, Vytenio str. 6 in Vilnius on 17 March, 6 p.m.

TSEKH Gallery, which opened in Kyiv in 2005, is the first foreign gallery to open a branch in Vilnius, six years ago.  Gallery TSEKH has been a long-standing participant of ArtVilnius since 2009 and was voted the best gallery of ArtVilnius in 2015. The auction will include about 40 works that are currently in Vilnius by artists presented by TSEKH Gallery – Ievgen Petrov, Mykola Bilous, Jaroslav Derkač, and Rustav Mirzoev.

After Russia’s barbaric invasion of Ukraine, as fighting was approaching the capital, the head of the Tsekh Gallery, Oleksandr Shchelushchenko, risked his life last week to take and hide some of the artworks in a safer place outside Kyiv. Renowned artist Y. Petrov is currently living in Odesa, surrounded by the Russians, R. Mirzoev is suffering bombings in Mykolaiv, Y. Derkach, who already withdrew from the war in Donetsk in 2014, is currently in Kyiv, while M. Bilous is sheltering in the countryside.

“We are very supportive of Ukraine and its Independence. This satanic war is the worst thing that could happen to humanity in the twenty-first century. The Ukrainian people are going through genocide. We must all stop the war! Our ties with Ukraine are historically deep and very important to us. After the Russian invasion of Ukraine in 2014, in support of Ukrainians, we invited the best Ukrainian art galleries and the most famous artists to participate in ArtVilnius’15 as guests. 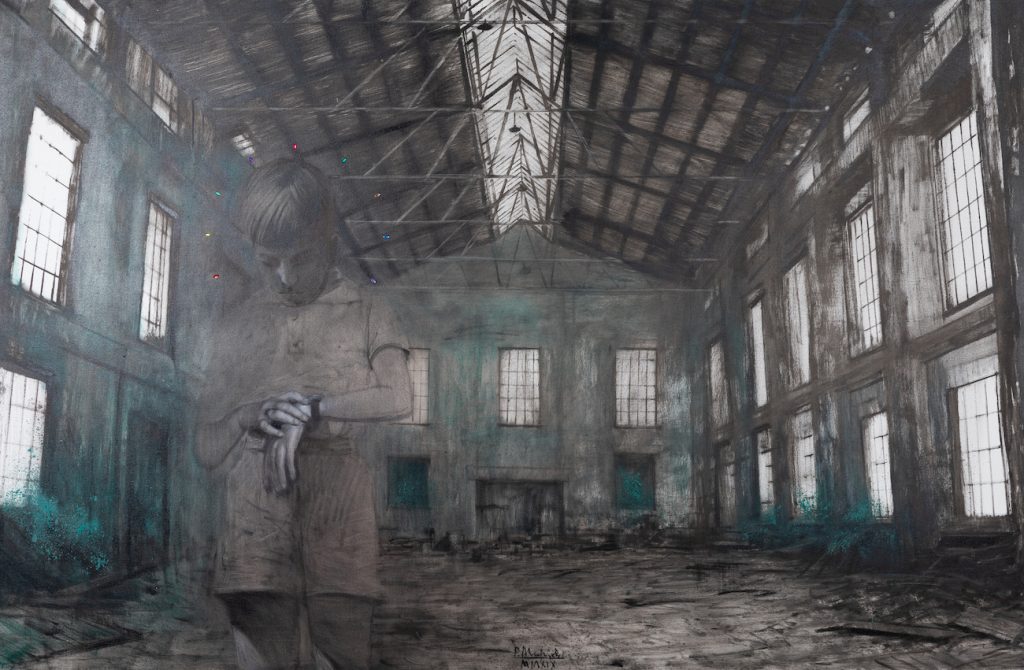 And now, in the midst of a brutal war again, it is possible that some of the works in Ukraine may simply be destroyed or stolen, as already happened with the works of the famous Ukrainian artist Maria Pryimachenko. I would like to invite everyone to contribute to this noble cause. We are strong together, let us help Ukrainian culture and its artists! All proceeds will go to the gallery’s artists in Ukraine,” said Diana Stomienė, ArtVilnius director.

“On behalf of all the artists in the gallery, I would like to thank both the organizers of the auction and the prospective bidders for their vital support. Both I and the gallery artists are in Ukraine, we do not want to leave our country, we are still trying to work and take care of our families. I wish everyone to be strong, and I very much hope we will all meet again in Vilnius or Kyiv. We will definitely win, glory to Ukraine!” – says O. Shchelushchenko.

The auction will take place at the gallery TSEKH Kyiv-Vilnius, Vytenio str. 6 in Vilnius, on 17 March, 6 p.m. The works for the auction can be viewed at the gallery on 15-16 March from 2 p.m to 8 p.m. They can also be viewed here.

The auction will also be held online, the works will be available for purchase via the ArtVilnius YouTube channel.  Anyone wishing to participate in the auction is kindly invited to register here.