ARTVILNIUS’13 – A STRONG PUSH IN THE LITHUANIAN ART MARKET 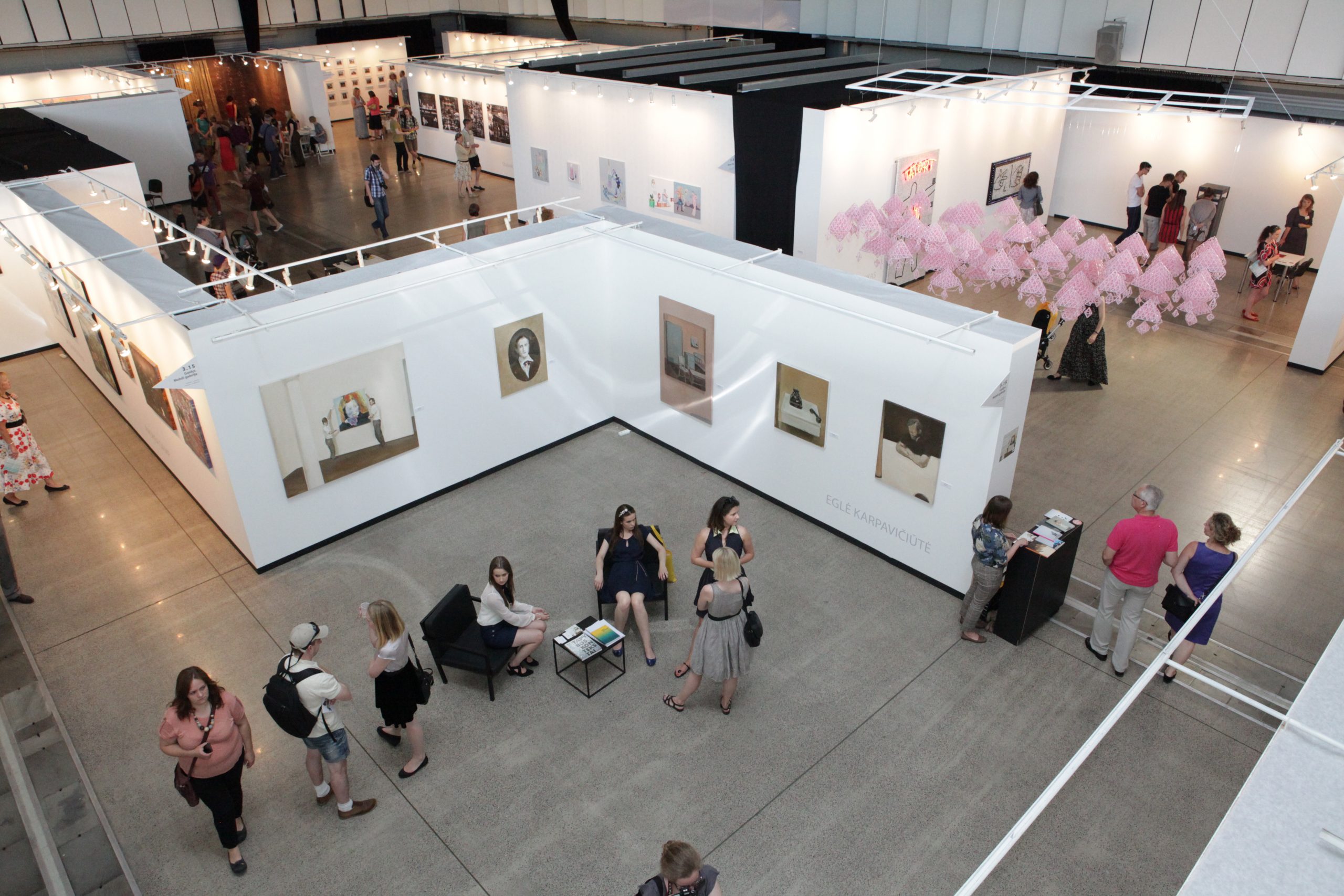 The Fourth Contemporary Art Fair ARTVILNIUS’13 was a great success with 50 art galleries from 11 countries of the world having sold more than 100 prices of art for nearly half a million litas. Negotiations are in progress for another 40 artworks.

The greatest collectors’ attention was caught by the Ukrainian gallery TSEKH, which enjoyed superb results last year, too. The watercolours and sculptures by Ukrainian artist Jevgen Petrov, whom this gallery was presenting, were willingly bought by collectors from Latvia and Lithuania. Likewise, many works were sold by Danish gallery NB, Italian gallery Ufofabric, and Byelorussian gallery Y.

Visitors also selected their best artist and the best gallery. Barbora Gediminaitė, presented by ARTIFEX Textile Gallery of the Vilnius Academy of Arts got the most visitors’ votes. The visitors’ most favoured gallery was Arts Gallery 101 of the Vytautas Magnus University presenting Renata Vickevičiūtė’s installation Soviet Romantics. A total of 7,000 visitors have voted at the art fair.

According to Mrs. Diana Stomienė, directress of Art Fair ARTVILNIUS, both the results of the art fair and assessments from the participants and guests are very optimistic and confirm that this art fair is painting “its own face”. The art fair was positively evaluated as a high-quality, democratic and cosy one by Eric Schlosser, French curator and creative leader of Art Fair ArtMoscow, who was impressed by the high artistic level of the works presented. “It is of great importance to see collectors from Latvia and the Ukraine visiting the art fair every year and buying various artworks. As these collectors are interested in the art stage of the Baltic countries, we are going to pay great attention and hold special programmes to them during our fifth art fair”, said Stomienė.

This year, the art fair was visited by 15,000 people. The art fair caught the interest not only of collectors, but of well-known business people and artists as well. There was a great number of famous representatives of all spheres: politicians, Seimas members, businessmen, renown designers, producers, musicians, actors, architects, and writers, for example, Aleksandras Vasiljevas, Oskaras Koršunovas, Kristina Sabaliauskaitė, Vytenis Pauliukaitis, Agnė Kuzmickaitė, Rolandas Rastauskas, Saulius Urbonavičius (Samas), Petras Geniušas, and others.

According to Diana Stomienė, the sponsors and partners who believed in the project, also the professional work of art fair architects Processoffice who are the authors of a new concept of the art fair this year, contributed a lot to the excellent results of the art fair. Certainly, the primary guarantee of fair’s success was galleries’ expositions and higher artistic level of the work presented. This year, the organisers of the art fair were assisted by more than 50 volunteers and trainees from the Vilnius Academy of Arts.