The intrigue remained until the very end of the international contemporary art fair. From Friday to Sunday, visitors voted for their favorite gallery and artist. The audience’s sympathy went to an artist from Vilnius Jurgis Tarabilda and Galerie Nivet-Carzon from Paris, which were traditionally awarded the Volfas Engelman Prize.

The most loyal gallery of ArtVilnius’20, Galerie Nivet-Carzon from Paris, which has been participating in the fair for eleven years, has won two prizes this year. The jury named this gallery one of the 7 best galleries in the fair for its irony, non-commercial approach, and unexpected play. The audience also shared the jury’s view, with this gallery receiving the most votes in the nomination Selected Audience Gallery. 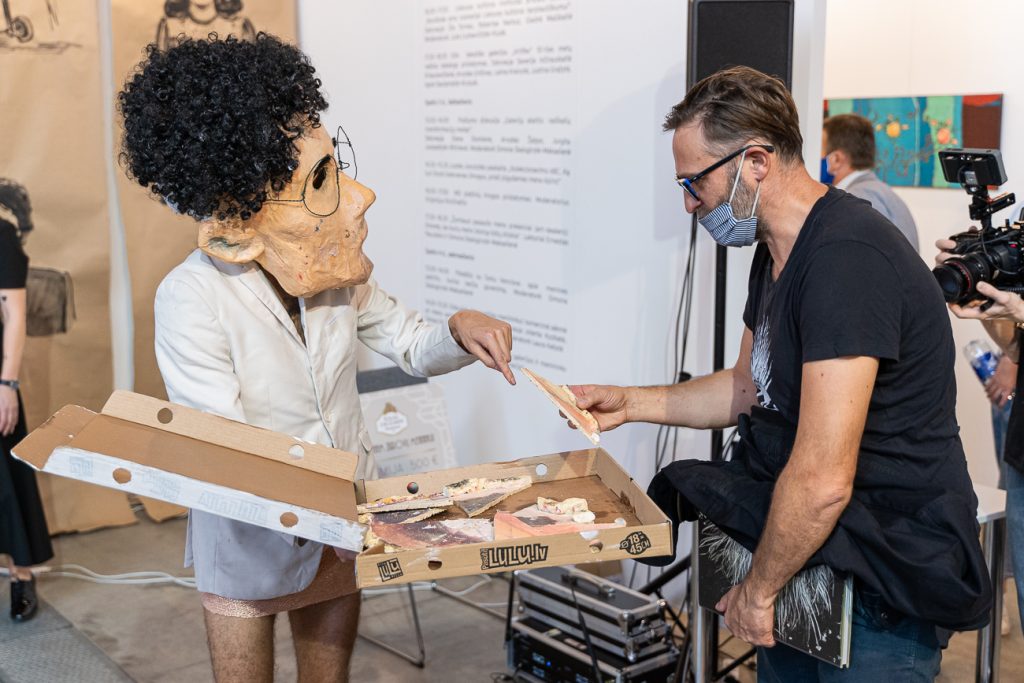 Galerie Nivet-Carzon was creating the atmosphere of the fair for the duration of three days. The French gallery has been participating in the fair every year since its beginning. “Without French art, our fair is like food without seasoning,” said Diana Stomienė, the head of ArtVilnius’20, not at all surprised by the choice of the audience.

Sonata Baliuckaitė, the artistic director of the fair, also agreed: “The gallery showcases the latest trends in the work of young French artists, and the owner of the gallery, Jerome Nivet Carzon, always provides space in his gallery for young curators. This gallery promotes the genre of performance, and this year the “big-headed” musicians could not leave anyone indifferent.” There was also nobody indifferent during the awards ceremony when the artists of the French gallery distributed their pizzas painted during the fair to the visitors. 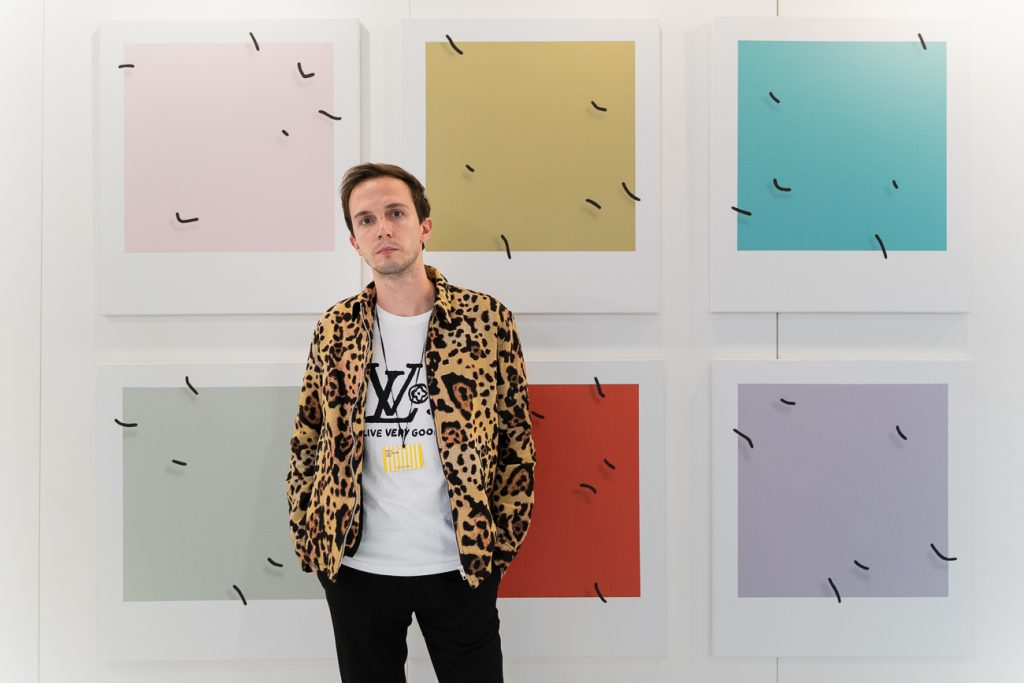 This year, the audience sympathy prize and the title of the Selected Audience Artist went to Jurgis Tarabilda, a fourth-generation artist from Vilnius, who is presented by the gallery Meno Niša. “Jurgis is a real star. Not so long ago, he received recognition at the Berlin Art Fair, he is loved by collectors and art fans alike. As many as four Jurgis’ works were bought during the fair,” said Sonata Baliuckaitė, the artistic director of the fair. The artist and gallery chosen by the audience were awarded prizes established by ArtVilnius’20 partner Volfas Engelman.

On the first day of the fair, the ArtVilnius’20 jury selected the other best participants of the fair. The 7 best ArtVilnius’20 galleries (in alphabetical order) were: Baroti Gallery, Estonian Academy of Arts Gallery Eka, French Galerie Nivet-Carzon, Gallery XX, Latvian Academy of Arts Experimental Space Pilot, and from Vilnius, The Room and The Rooster Gallery. The best artist of ArtVilnius’20 – Remigijus Treigys, presented by the Baroti Gallery, the best young ArtVilnius’20 artist under the age of 35 (prize of the fair’s patron law firm, Cobalt) became Rūta Spelskytė-Liberienė, presented by Vilnius Academy of Arts’ exhibition hall Titanikas. The award for the best installation of ArtVilnius’20 was given to two works of the sculptures and installations exhibition Takas: Rafal Piesliak’s Garden and artist Morfai’s Bird Boxes – in the Architecture Style of Interwar Modernism. A special mention of the jury went to Kupras Dubauskas’ installation Daynighting, which was presented by the Center of Contemporary Art in the ArtVilnius’20 project zone.

ArtVilnius’20 is funded by the Lithuanian Council for Culture, under the auspices of Vilnius City Municipality, and under the patronage of the law firm Cobalt.