while the human animal is gazing to another planets and seeking to understand the unknown, the scientific articles makes the distant objects to become familiar to us, describing them as the one

„Domesticated planets“ is an artwork about the language that domesticates the planets. The drawing fragments compare the maps of Saturn satellites, which surfaces and terrain were described in the scientific texts using the same words that describe the animalistic forms that exist on Earth. In the drawings, they merge – the real fragments of maps and the described ones.

The map-like format invites us to rethink the cultural and visual meanings of maps. The perspective of the satellite seeks to look at humanity and how human animals are interpreting the surroundings in their own imagined systems. 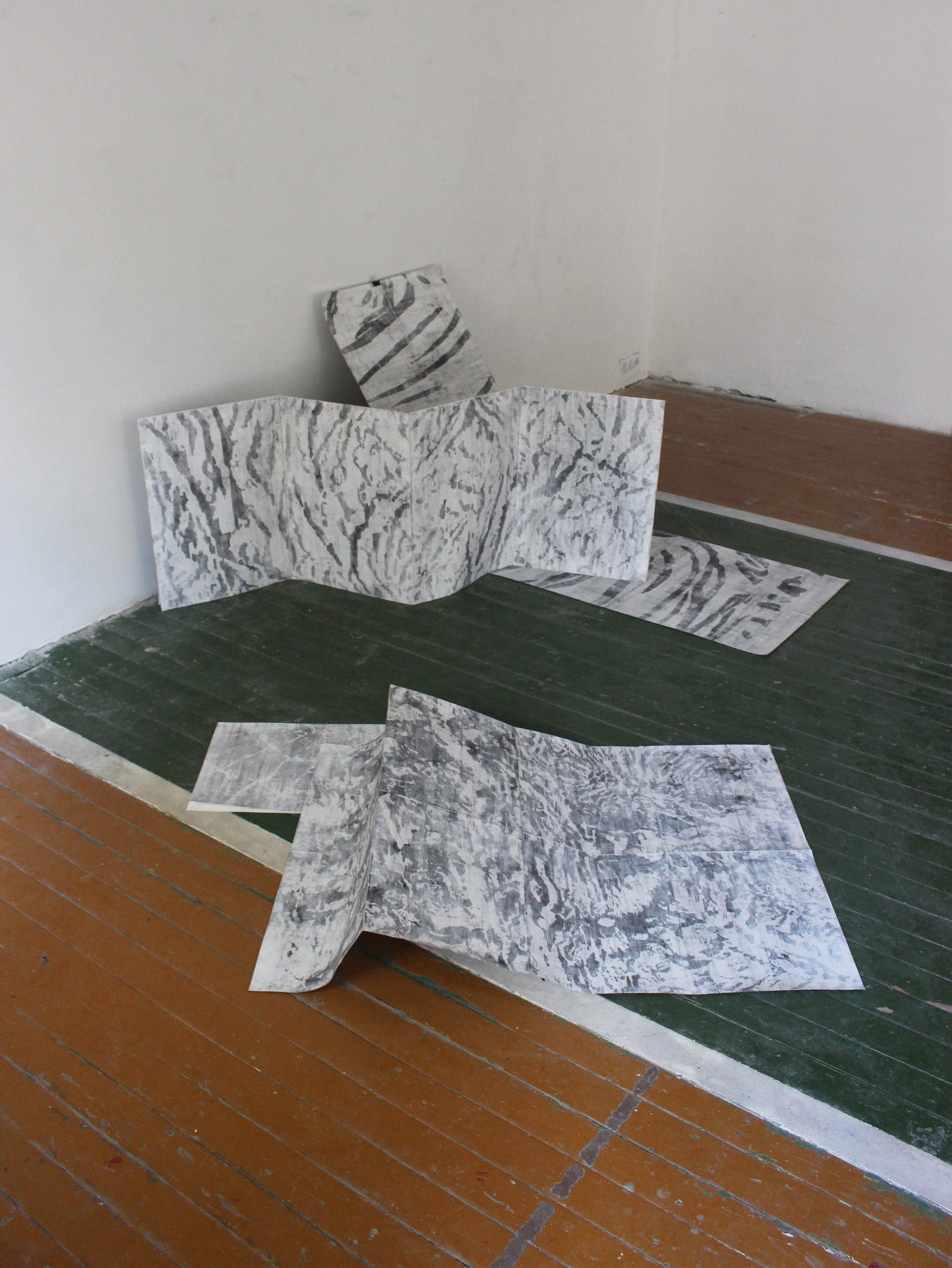