The artwork, which appears in a public space, has an interactive aspect referring to the memory of the history of the nation. Through this artwork the artist unveils the “Memory Shroud” that hides the love stories of the Lithuanian deportees.

The installation is comprised of two parts: the “Memory Shroud” and the soundtrack. The view depicted in the “Memory Shroud” is inspired by a photograph that was taken by the artist on the 14th June 2017 in the river valley. The photograph captures a view of a Lithuanian meadow during the sticky catchfly flowering season. The accompanying soundtrack plays recordings of letters written by deported men for their women and loved ones.

The project was inspired by a two-year research project carried out by the artist where she collected material related to the deportees’ love stories. Personal stories told through the prism of the heart and then through history, as it was at that time, make it possible to contemplate the universality that can be found in individuality.

“Because of the synergy between these two parts of the installation a new historical energy is born, which in our minds turn memory into an emotional experience. To live through history, in my opinion, is more meaningful than to know it”, says M. Žaltauskaitė–Grašienė. 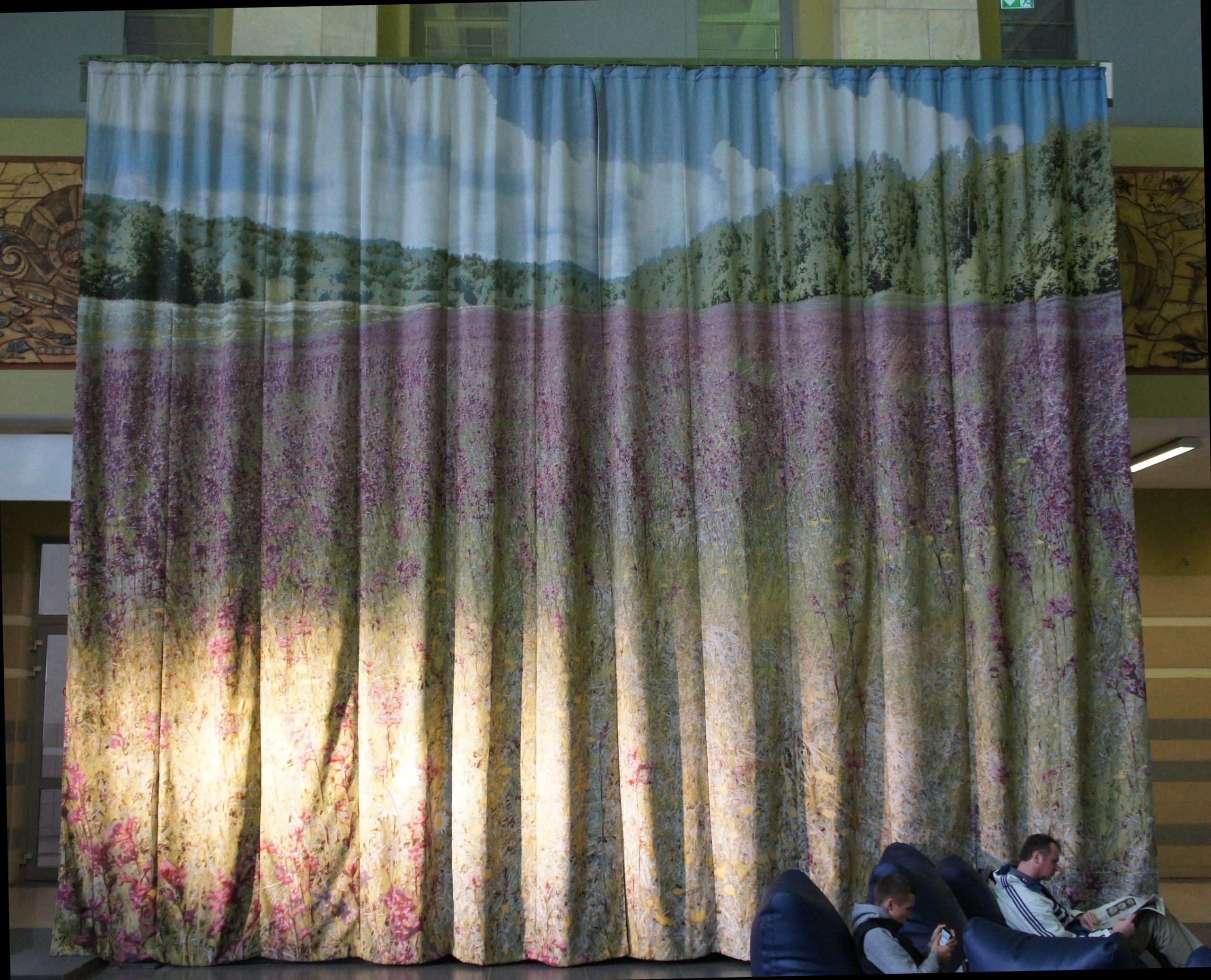