Persona 2 is 2020. continuation of the implemented painting project “Persona”. The ideas developed during the painting process led to the creation and continuation of the idea outside the field of painting. The theme of personality multiplicity, which began to be explored in the paintings, is further developed through dance, performance, and digital. The work tries to dive from the roles and gender identities imposed by society, to grasp the performativity of gender through artistic means, thus establishing a positive relationship with oneself.

Another important aspect of the performance is the universal and at the same time very personal experience of time, which is carnal and is therefore drawn into the symbolism of life and death. Although the semantic center of performance is the artist’s body, the pomegranate fruit acquires a special symbolic meaning. Pomegranate has a very wide symbolic meaning in various cultures. In ancient Greek mythology, the pomegranate was called the fruit of death, which is discussed in detail in the myth of Hades and Persephone. In contrast, in Judaism, the pomegranate is believed to be the true fruit of the garden of paradise, harvested by Adam and Eve, and Christians associate it with heaven and the promise of eternal life. This fruit is also well known as an aphrodisiac that raises testosterone levels. I choose the pomegranate as a symbol of mystical, forbidden power, signifying transgression: a violation of the rules that allow one to create one’s own. Therefore, it is the pomegranate that determines the “life” of the performance I experience.

The medium of my choice – dance on a pole – is a touch to this forbidden fruit. The masculine body contrasts with conventionally feminine attributes: make-up, high-heeled, tight-fitting, low-skin clothing. On the one hand, these measures emphasize beauty, sexuality, seduction, raise expectations and obsessions. However, they not only give symbolic power, but also turn a person into an object, thus inevitably becoming a form of oppression and exploitation. I seek to show that the body is only an indeterminate shell of the individual’s essence, into which social meanings are inscribed. I want to blur the boundaries between femininity and masculinity, allowed and forbidden, personal and universal, and ultimately, different media, and embark on a journey of self-discovery. 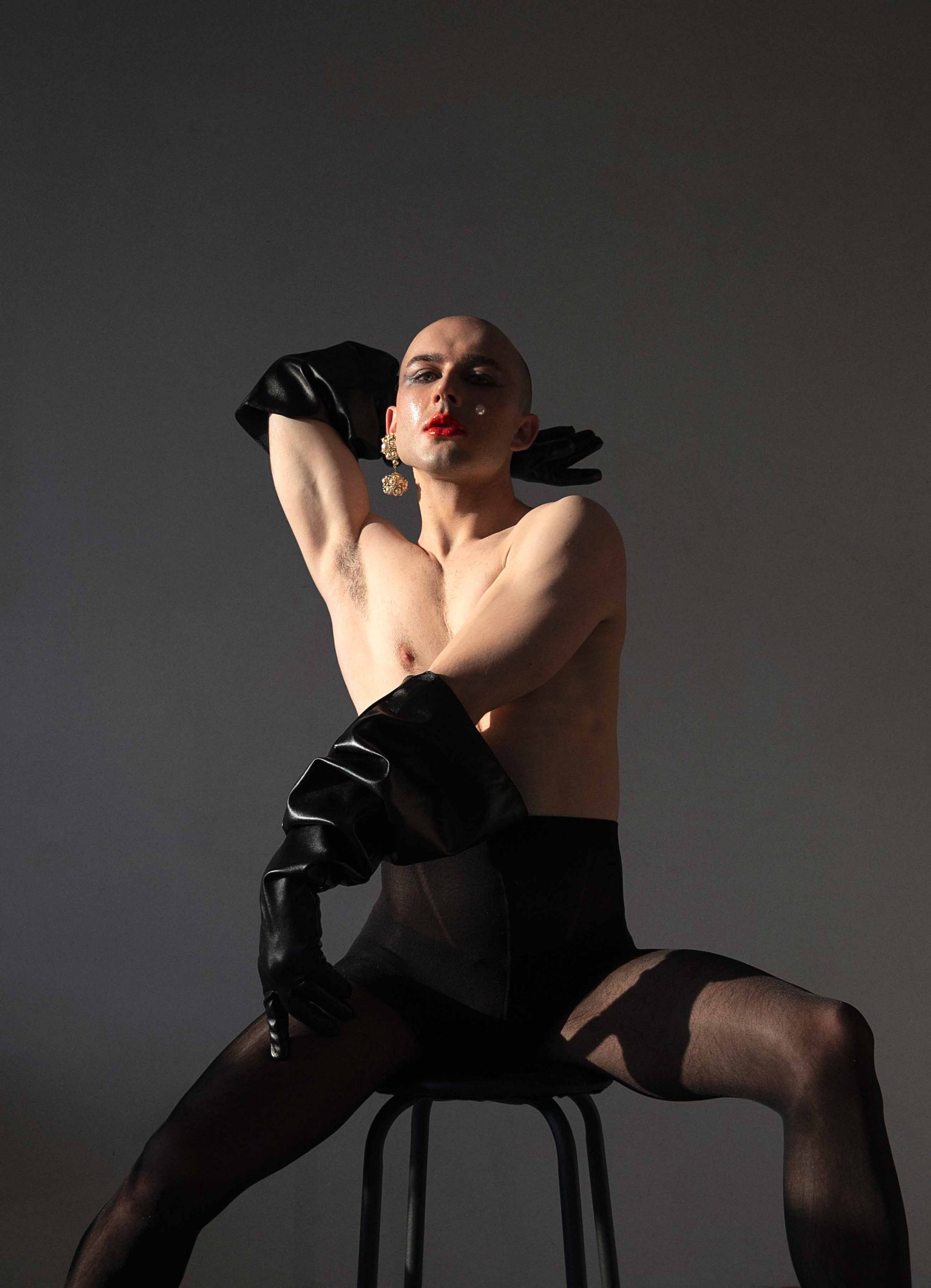