A graphic element exhibited in a sterile architectural environment – a sign is found in printed language. Its function is fixation of the read literary part, introduction, preparation for a new topic. It also reflects the reader-spectator, returns him to his own “I” situation, wakes him up from what can be called a “literary slumber”.
The work “transcription” attempts to monumentalize this intertextual state. Here the viewer becomes the protagonist. It is as if he is looking into a mirror, and at the same time he allows himself to be in the work of art itself.
The work provokes the viewer to create symptomatic theories, appeals to the relationship between the art object and the viewer.
The work “transcription” reflects the lack of confidence in the limitations of literary language, as a result of the creation of analogical reality. The subliminal rebuke to the rationalizing mechanism of the ego, which creates rhetorical forms and seeks narratives, solaces in history, matter or intellect. 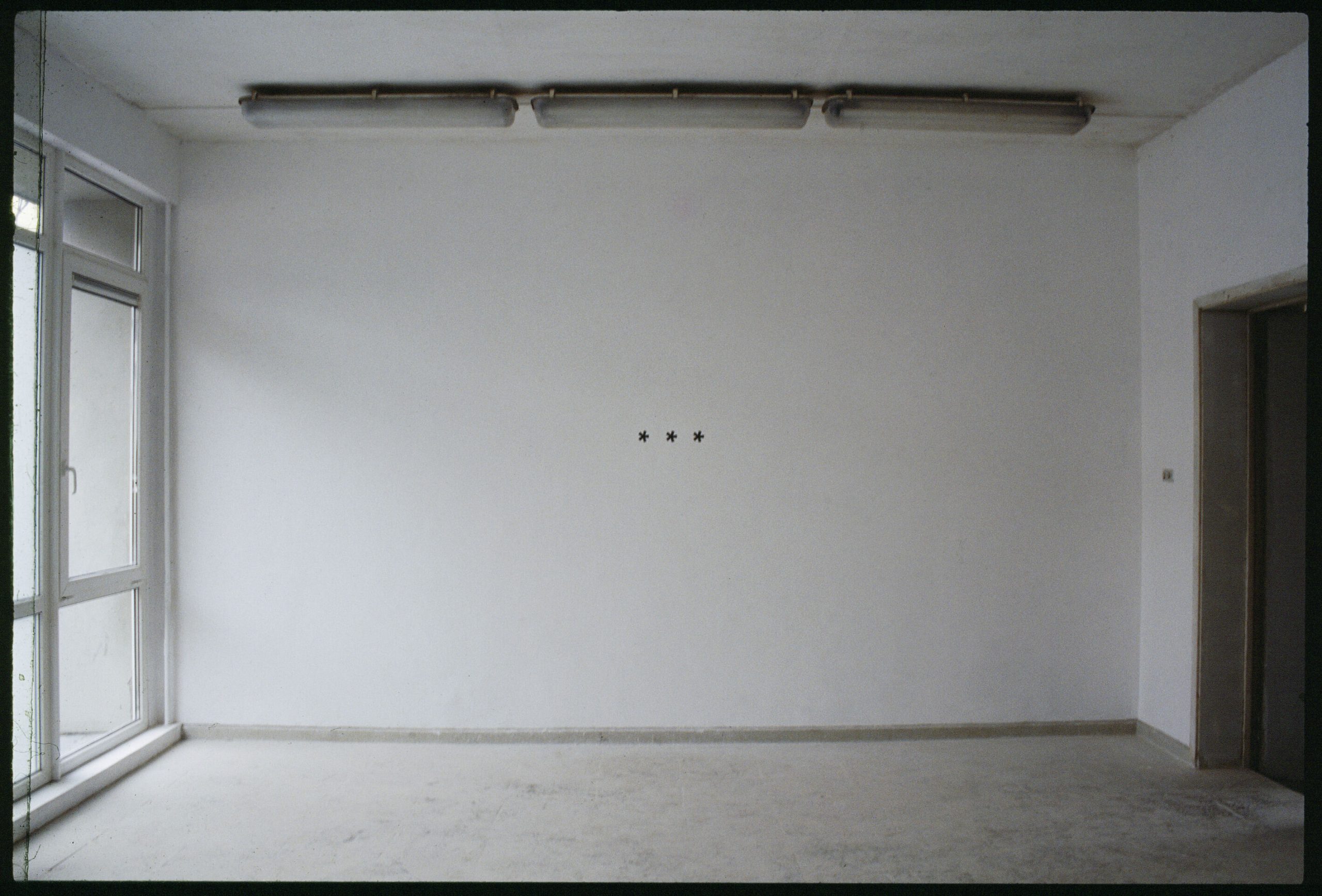