“Climbing up” can be seen as one of the main human motions that characterize goal – oriented society. Western culture with its economic system has taught to climb the steps of a career and to reach for a goal.
Somewhere in the middle – the approach that has been developed for the working class in the capitalistic system has been fused with one’s approaches to their emotional world
that also has become an attractive subject to the market itself.
Boosting our egos to be more successful and efficient individuals run for the positions of power, ignoring the fragility of their feelings.

Prop Nr.1 is a sculpture that sees the power-game through the world’s perhaps most well-known plays: the play of seduction. Where seduction can be understood as the fused entity between the human emotional world that quarrels greatly with the urge for the successes and power.

Prop Nr.1 allows people to change their perception and look at everything in the space from above. Ladder imitates a human ego that likes the power of others, but – looking stable and strong – once the ladder is being climbed it shakes.
The ladder hides a pillow and a mirror on the top. And while the mirror reflects the face of a person who has climbed the ladder, the pillow doesn’t offer comfort. 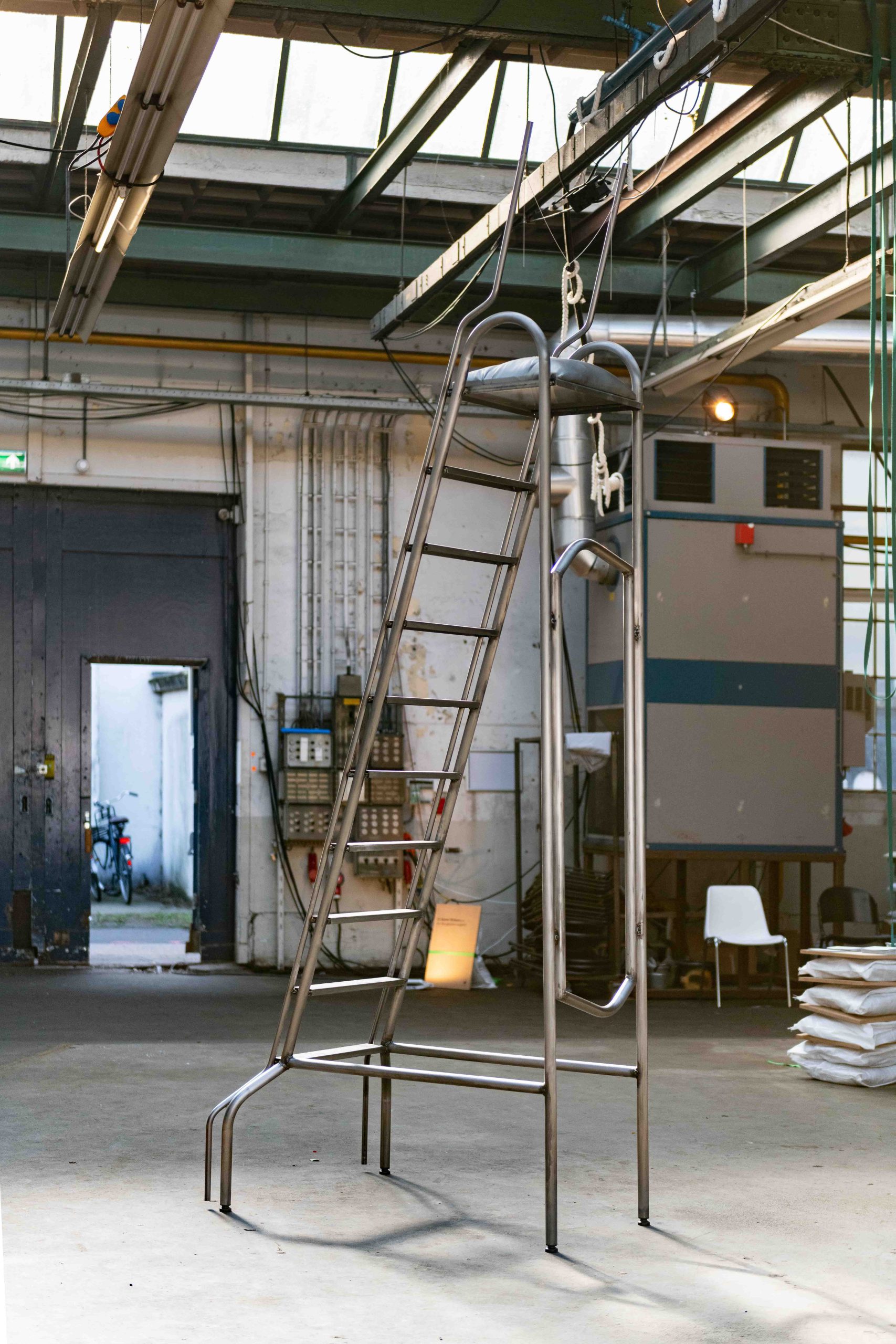