Raised in the dust (2022), stems from the conclusion of classical Georgian poet Vazha-Pshavela’s The Snake Eater (1901). The poem’s protagonist has a supernatural talent for understanding the language of nature; he must decide between his connection to nature and his social responsibilities, ultimately bowing to the latter. Eradze’s film takes place in a forest. Taxidermized animals appear one by one, disturbed by an uproar of New Year’s Eve fireworks. Critical of the human carnival that is disruptive, toxic, and fatal for wildlife, The film repositions fireworks as an entry point onto the dark and mythological side of the forest, a world of plants, animals, and phantoms. 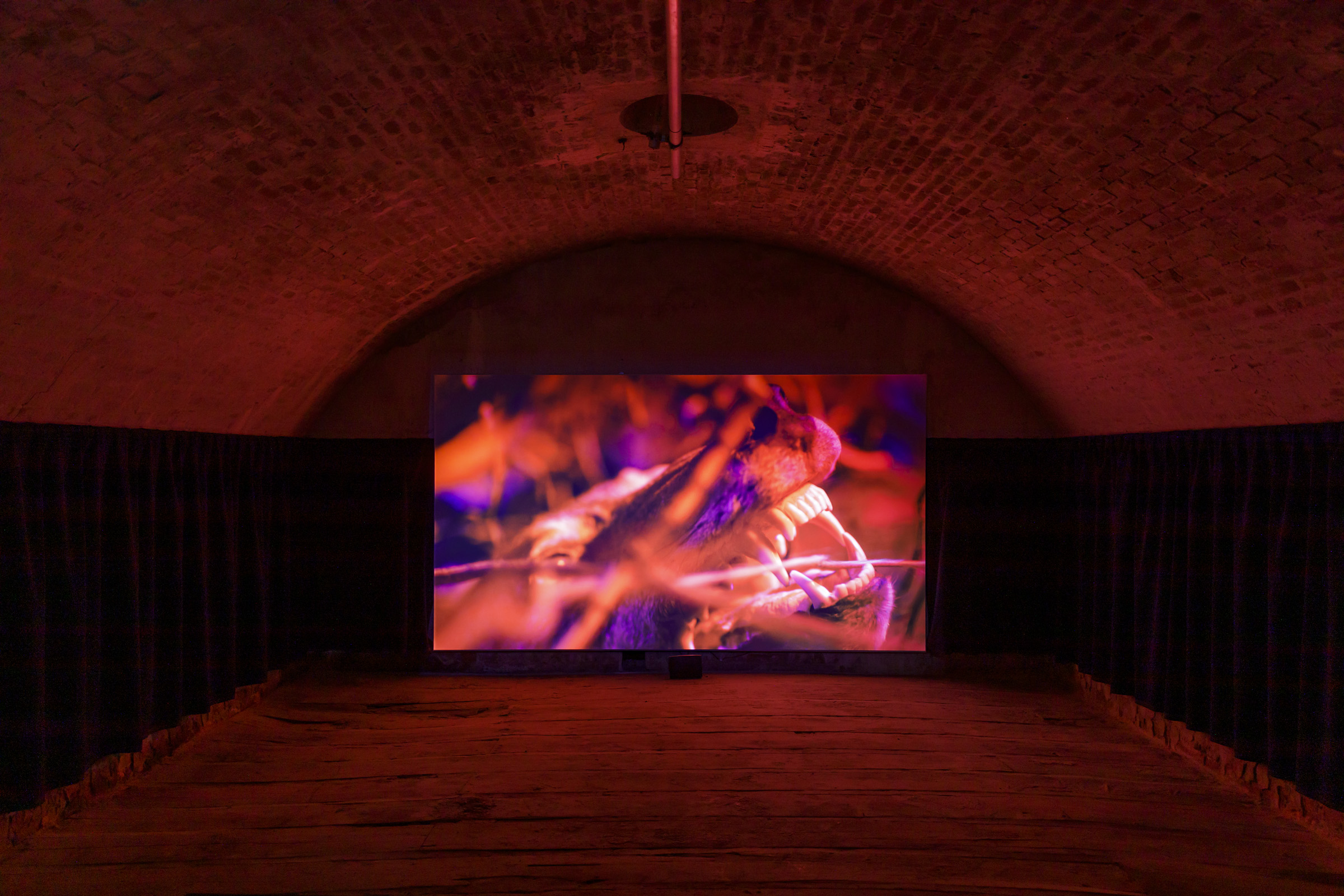