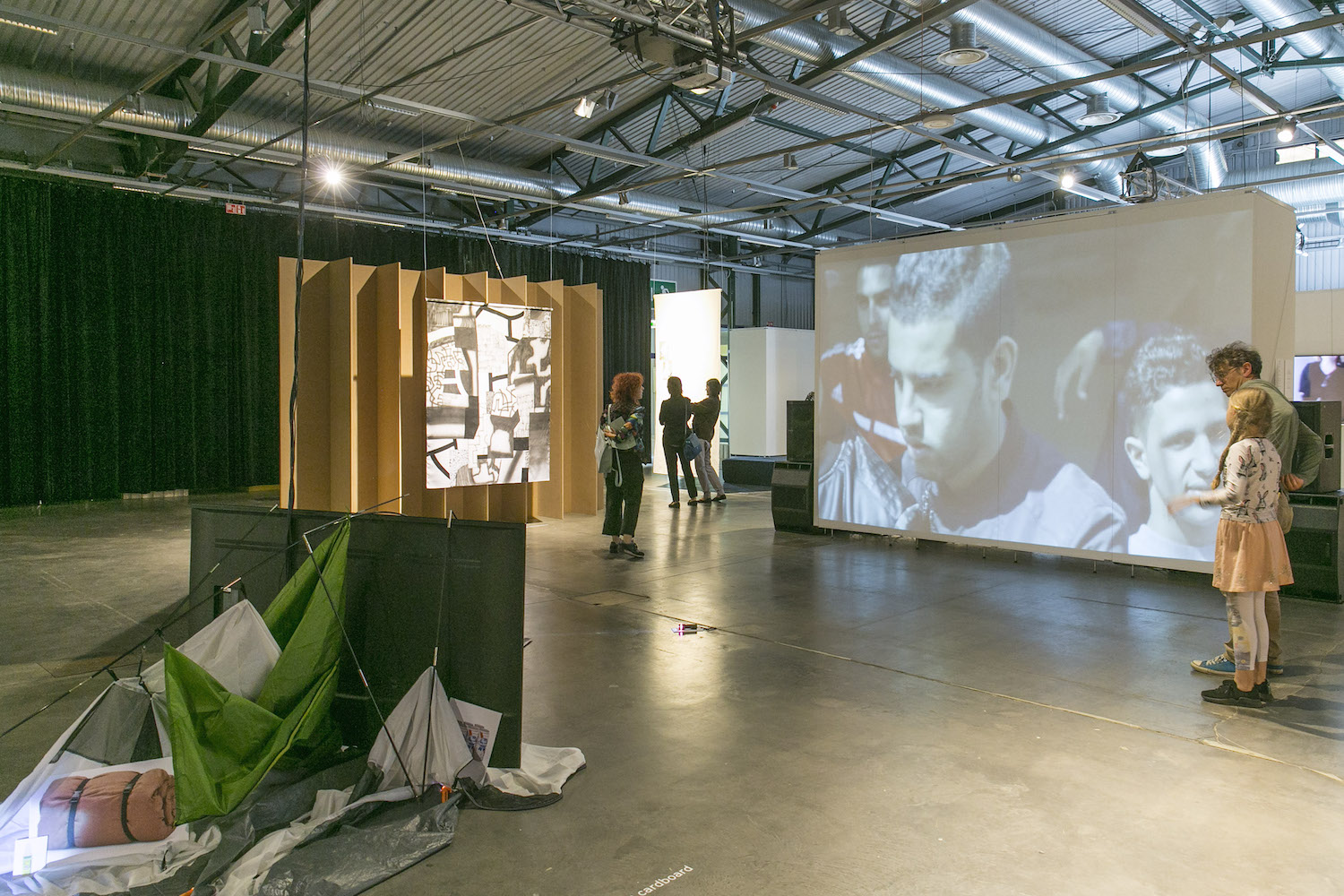 The international contemporary art fair ArtVilnius is the biggest art fair in the Eastern European region, which is celebrating its one-decade anniversary. ArtVilnius’19, the tenth iteration of the fair, will take place between May 30 and June 2 at the LITEXPO exhibition and congress center.

ArtVilnius’19 is featuring 65 galleries and showcasing 300 artists from 20 countries. The art fair will host leading galleries from Lithuania, Latvia, Estonia, and Ukraine. In addition, art fair visitors will have the opportunity to see Danish, Italian, German, Austrian and Belarusian galleries.

ArtVilnius celebrates its 10th edition anniversary with a #FocusFrance programme represented by 11 galleries selected by Aurélie Faure. Dedicated to emerging artists, the programme will offer a high-quality panel of the French scene.

The French curator offers this opportunity to promote a new generation of galleries as Galerie Valeria Cetraro which inaugurates a new space in Le Marais and will present a focus on Pierre Clément’s works to dialogue margins of society with mainstream culture; Galerie Eric Mouchet celebrates its 5 years in Saint-Germain-des-Prés, will display works by young French multi-disciplinary artists such as Louis-Cyprien Rials (SAM Prize – Palais de Tokyo) or Pierre Gaignard (WONDER Artist Run Space member) besides historical drawings by Le Corbusier or Robert Michel and his wife Ella Bergmann ; the gallery 22,48m2, which made its bet in a tightly place -as named- in Belleville, will present paintings, sculptures, and videos, including works by Émilie Brout & Maxime Marion exhibited in Paris, London, Brussels, Los Angeles, Miami, Moscow, Beijing, Ljubljana, etc.

This focus also welcomes established French galleries, such as Galerie Thomas Bernard with works, among others, by the famous multidisciplinary artist and musician, Rainer Lericolais, collected by such prestigious private and public collections as Centre Pompidou (Paris). Galerie Ceysson-Benetière which is known for representing the historic French movement « Supports/Surfaces » and is promoting talented and awarded emergent artists who explore limits of media, such as Adrien Vescovi with his paintings made in outdoor conditions, photograph-sculptures by Aurelie Petrel (nominated for Prix Découverte des Amis du Palais de Tokyo), and sculpted-photographs on concrete by duo Florian Pugnaire & David Raffini (17th Prize Fondation d’entreprise Ricard).

Galerie Suzanne Tarasieve will mix Germans and French whom she represents for some time, such  as international photographers Jurgen Teller and Boris Mikhailov, and French emergent artists Romain Bernini and Eva Jospin (fellows at the Academy of France in Rome, in the Villa Medici); Galerie Eva Hober will do a special project, « Girls Just Want to Have Fun », with three French female painters to get the best combination of violence, romanticism and humour.

New in the Parisian art gallery landscape, Hors-Cadre and Bubenberg are two digital and nomadic art galleries based in Paris which challenge the traditional gallery model, both organizing temporary exhibitions in France or aboard to give visibility of the French Scene. Bubenberg will attempt to draw the parallels between the history of art and the intellectual history of the concept of nature with a selection of works which includes such French-American artists as Sophie Kitching (New York, Paris) and Antoine Wagner to explore the fringes of photography. Hors-Cadre invited Nelson Pernisco to build installation and surprising Clara Rivault to deliver us a promise.

Two French galleries have been participating  in ArtVilnius for few years: Galerie Nivet-Carzon will give a carte-blanche to Folle Béton, an association whose purpose is to support artistic events and to promote inter-school relations, and Galerie des Petits-Carreaux – not only based in Paris but also actively involved in Bretagne, one the French regions with a large and dynamic art scene – will do paintings and drawings group show.

The #FocusFrance will be complemented by a programme curated by Aurélie Faure with the exhibition project On the Edge which will link paintings and videos by emergent artists to build connections in History of Art between these two practices through worldwide contemporary challenges such as economy, environment, new technologies, migrations, etc. The French curator will also highlight new wave performers including the last creations made by Alexandre Bavard (Neo Archeologia) or the group of artists SUZANNE (STATU, Mercure) who was invited last year to international contemporary art festival Do Disturb! at Palais de Tokyo, or Nuit Blanche.

Lewben Art Foundation, set up by the art fair’s exclusive partner Lewben Group, is teaming up with the fair for the sixth time and presenting a selection that includes artworks by Jake & Dinos Chapman, Andres Serrano and etc. Together with the team of Lithuanian curators the exposition will be curated by Francesca Ferrarini as well. The Museum of Contemporary Art in Kraków (MOCAK) is returning to ArtVilnius with an international programme by artists Andrzej Dłużniewski,Łódź Kaliska, Azorro (Poland), Shahar Marcus (Israel) and Géza Perneczky (Hungary) and a focus on photography and video art.

Alongside the main gallery programme, ArtVilnius’19 will traditionally organize a number of projects and events: “The Path” international exhibition of installation, sculpture, and performance; awards for the best artists and galleries; talks and discussions. The agenda includes discussions with renowned Portuguese curator and art collector D. André de Quiroga.

After hours, the organizers will be inviting everyone on night tours to explore the galleries, museums and other offerings of the city of Vilnius. The team of ArtVilnius also invites all visitors of the art fair to discover two new museums recently opened in Vilnius: MO museum and TARTLE. This is one more reason for visiting the capital of Lithuania.
List of participating galleries is here.