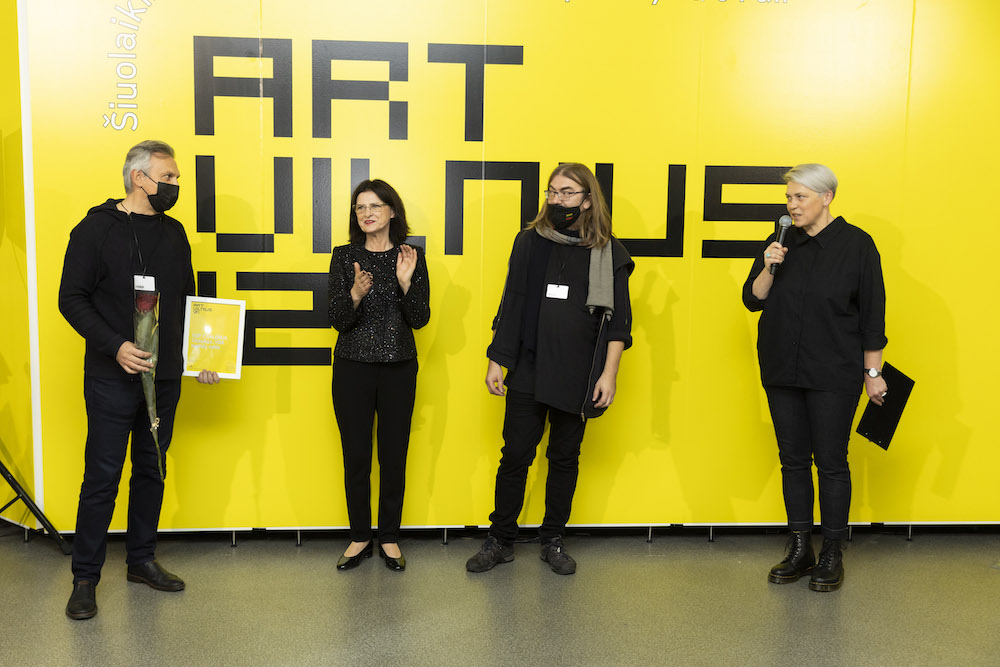 The best galleries, artists, and works were awarded during the opening ceremony of the 12th ArtVilnius’21 Contemporary Art Fair on Friday evening.

This year, the art fair ArtVilnius’21 brought together 56 galleries from 12 countries at the Lithuanian Exhibition and Congress Center Litexpo. The fair presents private international art collections, installations, sculptures, and performances, and meetings with artists, discussions, and lectures take place in the LRT studio.

On Friday afternoon, the jury, chaired by Laima Kreivytė, an independent curator, artist, writer, and lecturer at the Vilnius Academy of Arts, selected the 7 best galleries of the fair, the best young artist of the exhibition, the best artist, and the best authors of sculptures and installations.

ArtVilnius’21 has reached maturity – interesting artists have been invited, the quality of the exhibition of works has greatly improved, and relevant topics have been examined, from which a map of artistic, social, and even political issues can be formed. The fair also touches on relatively new trends in the world – cryptographic NFT. All this means that the contemporary art fair has kept its finger on the pulse,” said L. Kreivytė, the chairwoman of the jury. 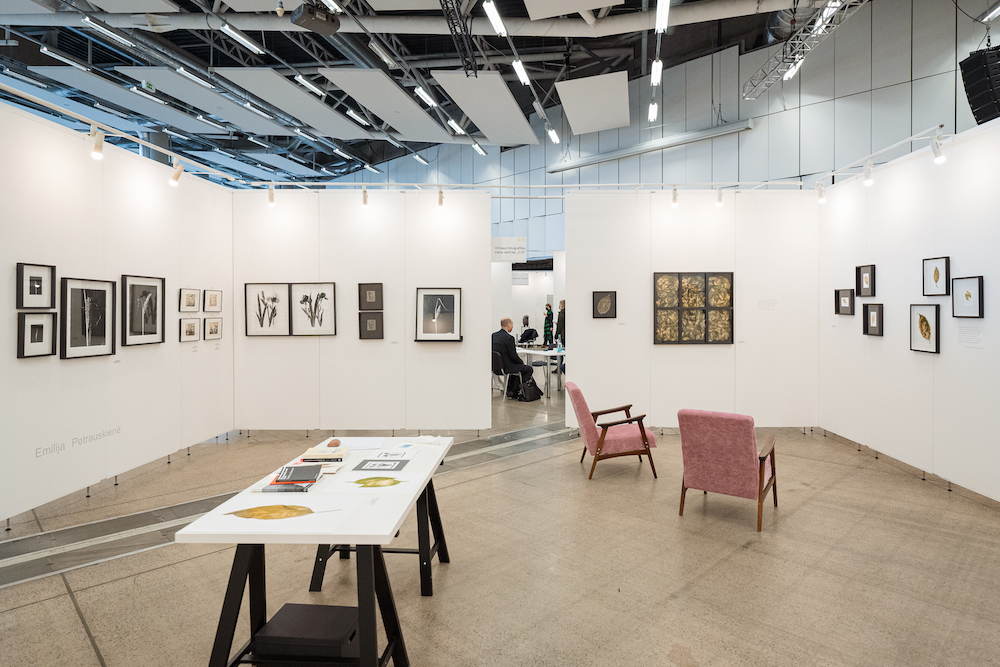 Art critic, chairwoman of the Lithuanian Interdisciplinary Artists’ Association, and one of the members of the jury, Danutė Gambickaitė also agreed with L. Kreivytė: “It’s great to see that the fair and the galleries participating in it are looking to the future, there is more courage.”

On Friday, the best participants of the fair were selected by the jury, which, in addition to L. Kreivytė and D. Gembickaitė, also included Monika Koziol, curator of the Museum of Contemporary Art in Krakow, art critic, critic, photographer, exhibition organizer Virginijus Kinčinaitis, and curator of contemporary art, critic Neringa.

Among the seven best galleries of the fair is the VAA textile gallery Artifex, noted for unexpected artistic cooperation and conceptual use of material. Artifex demonstrated the extraordinary collaboration of two artists – Severija Inčirauskaitė-Kriaunevičienė and Rūta Šipalytė. The works of each of them are like a fun joke: they used material painfully familiar to Lithuanians – the basketball, its bladder, and soccer balls – to create an integral exposition,” said L. Kreivytė.

Oldtimers of the fair, the Nivet-Carzon gallery in Paris, have been included in the list of the best for their performance. D. Gambickaitė states that the French gallery stands out from all others, and everyone who enters it gets involved in the art process. French artists are developing an interesting topic about now-fashionable instructions, imagination exercises, and games of creativity in the capitalist office culture. 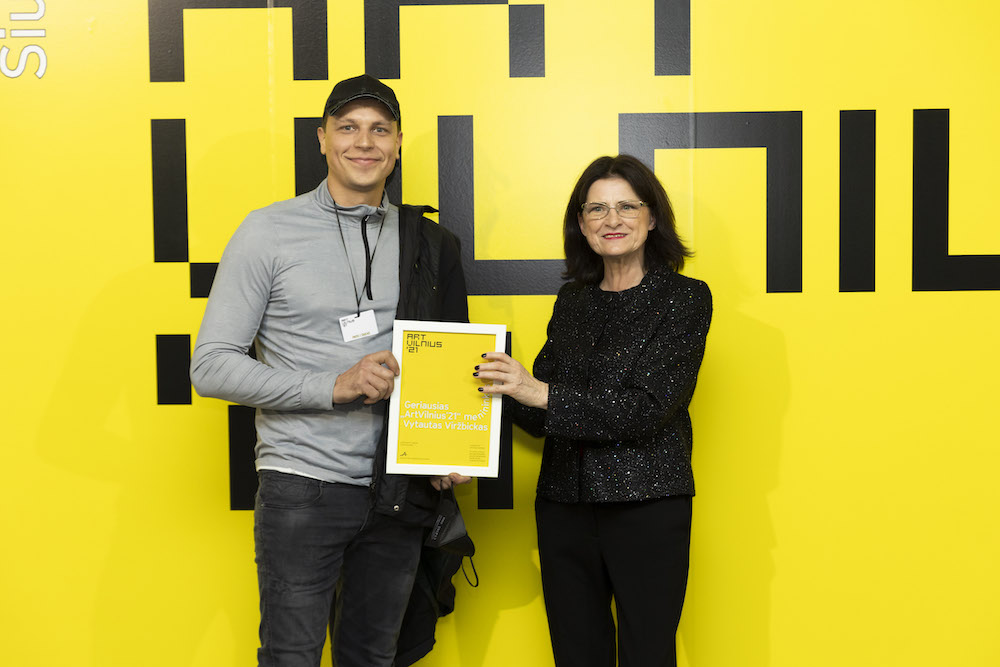 The GOM / TAC gallery from Albania participating in the fair for the first time was also successful. The jury was particularly pleased with the gallery’s ability to expand the concept of gallery and exhibition space to include the city. “This format can exist in any city in the world. The city creates decorations and scripts, and stories are created by those who travel by taxi and choose the soundtrack they like,” says D. Gembickaitė. In the green taxi cars that drive around the city, you can listen to soundtracks created and recorded by 22 artists. The GOM / TAC representatives were not able to attend the fair, so the diploma will be sent to them to Albania.

Vilnius gallery Meno Parkas was awarded for its impressive communication between the works and exhibition culture. “It’s nice to see how different artists and their works come together in such an interesting and beautiful way in the gallery,” said L. Kreivytė. “The gallery really showed a high exhibition culture and communion.”

At Molėtai gallery, the jury discovered an exclusive paper theme. The gallery was awarded for the liberated drawing and occupied space. “Vidas Poškus weaved stories beautifully and created a paper installation of drawings,” L. Kreivytė noticed. She added that the Molėtai gallery has been showing interesting art for a long time.

The VAA exhibition hall Titanikas was awarded for the quality and integrity of Žygimantas Augustinas’ exposition, and the development of captivating artistic research. It seems to D. Gambickaitė that it was important to mention the topic of art research being developed in the gallery. “It’s a great example of how an artist can be a good researcher at the same time, and how it fits together,” said the art critic. 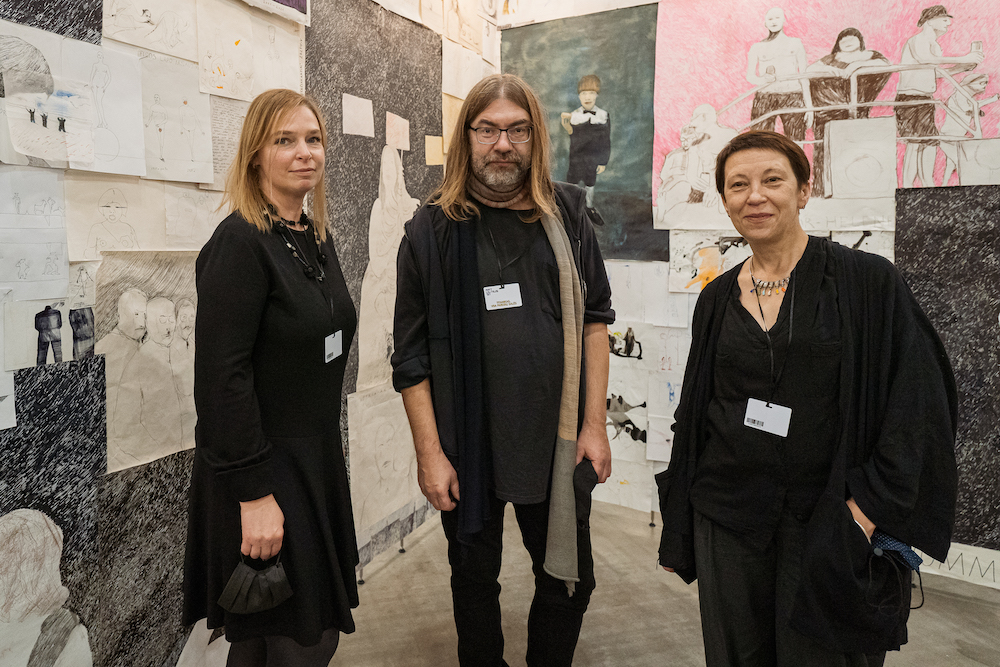 At the Vilnius Photography Art Center 7:14 curated by Dovilė Dagienė, the jury discovered a completely new presentation of photography. “Two elements meet in the exposition – the art of memory – photography, and memory stamped on the leaves of plants. The boundaries of photography expand greatly as if merging with phytography – plant photography, and both of them speak on subtly sensitive subjects. This is one of the strongest performances at the fair in an aesthetic and ideological sense,” says L. Kreivytė.

The ArtVilnius’21 jury announced the best participant of the exhibition Takas – Goodhearter Wisher – Vytautas Viržbickas. The artist has been awarded for the harmony of conceptuality and expressiveness, with relevant themes encoded in his work.

The best young ArtVilnius’21 artist Denisas Kolomyckis was awarded the prize of ArtVilnius’21 Maecenas – law firm Cobalt. The artist’s work is presented by the VAA exhibition space 5 Malūnai. Jury member Gembickaitė states that they chose a creator who spoke to the audience in a very sensitive, personal, but at the same time strong and manifesting way. “An artist needs a lot of courage to talk about painful things. It is surprising that Denisas has found a very compelling form for a sensitive and relevant topic,” said art critic L. Kreivytė. The award to Denisas Kolomyckis was presented on stage by the managing partner of the law firm Cobalt, Dr. Irmantas Norkus. 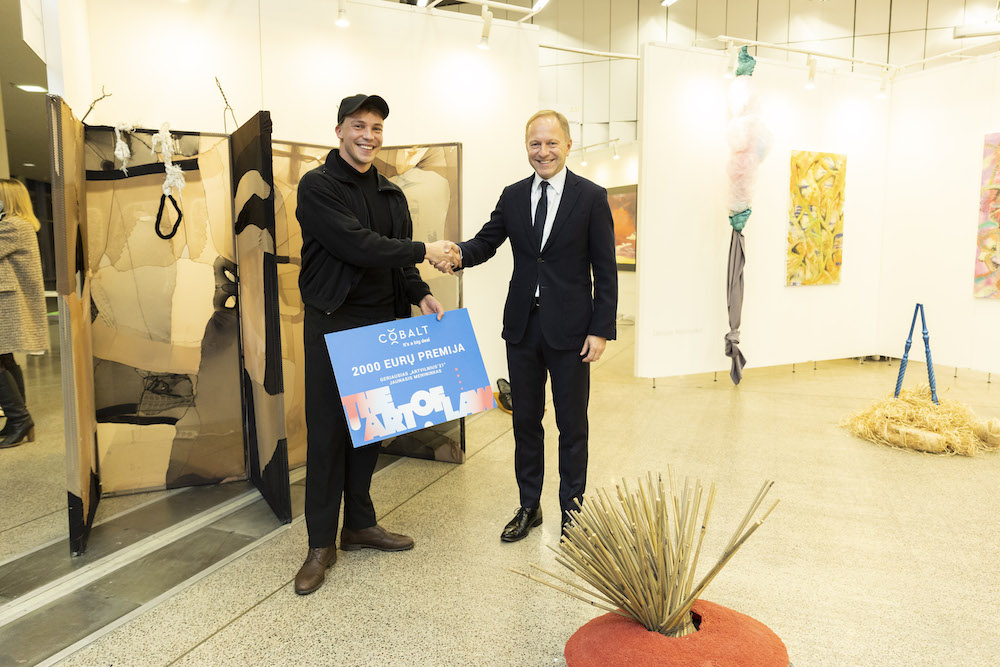 The award for the best ArtVilnius’21 installation was given to the artist Dalia Truskaitė, presented by the gallery Meno Parkas. The jury noted the fragile existential minimalism in her work.

Visitors to ArtVilnius’21 will also choose their best at the fair. The winners of the nominations Select Audience Gallery and Select Audience Artist established by Volfas Engelman will be announced on Sunday, at 5.15 pm, at the LRT studio.