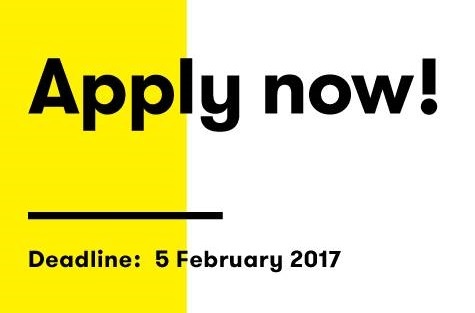 One of the best venues in Lithuania, the spaces designed by professional architects, and attracting the attention of the media and collectors – all of that is only part of the reason why every year galleries from a dozen or so countries choose to exhibit at ArtVilnius, which will be taking place for the eighth time. On from 8 to 11 June 2017, ArtVilnius’17 is inviting galleries to submit applications and book a place for this exceptional art fair.
A Leader in Eastern Europe
ArtVilnius, which had it start in 2009, was one of the largest and most important events in the Vilnius – European Capital of Culture project. Over the last eight years the art fair, in spite of sceptical forecasts and economic crises, has expanded and become firmly established on the local and international art scene. This is confirmed by the statistics: ArtVilnius’16 had 21,000 visitors, with about 200 artworks sold for 260,000 euros and negotiations for works exhibited at the fair being continued after the event. The fair attracted the participation of 60 galleries from 12 countries (Belgium, Germany, Estonia, Latvia, Poland, Ukraine, Lithuania, Belarus, the Netherlands, Russia, Italy, and France).
An Exceptional Exposition Space
ArtVilnius’17 will be taking place for the eighth time in one of the best exposition spaces in Lithuania – the Lithuanian Exhibition and Congress Centre LITEXPO. This venue is a particularly suitable space for art events.  12,000 sq. metre LITEXPO exposition space gives gallerists and visitors the complete event package. The architecture for the fair has been overseen for the last several years by a team of architects headed by Rokas Kilčiauskas (Processoffice).
International Projects

ArtVilnius every year also organise – alongside the main galleries programme – a separate project zone and additional events. Art institutions and individual world-famous artists are presented in the project zone, amongst whom from previous participants at the fair one can mention the following: the Museum of Contemporary in Kraków MOCAK, the Łaźnia Centre for Contemporary Art in Gdańsk, Vladimir Tarasov (Vilnius-New York), Vytenis Jankūnas (Vilnius-New York), Zuzanna Janin (Warsaw), Dainius Liškevičius (Vilnius), S&P Stanikas (Paris-Vilnius), the Jonas Mekas Visual Arts Centre, and the Vilnius Modern Art Centre. The famous artists –  Hans Op de Beeck, Jake & Dinos Chapman, Bertrand Lavier, amongst others – are presented by the fair’s exclusive partner the Lewben Group’s Lewben Art Foundation. The curator is Francesca Ferrarini from Italy.

‘We’re also exceptional in our annual large-scale sculptures and installations show Takas (The Path) in which artists from Lithuanian, Latvia, Ukraine, the Netherlands, Poland, Portugal, Germany, Denmark and elsewhere have already presented their work,’ says Diana Stomienė, the ArtVilnius director and president of the Lithuanian Art Gallerists’ Association, emphasizing also the input of the fair’s art advisor Eric Schlosser from France as regards the growing number of foreign collectors attending the fair year after year.

The tradition of having the best galleries and the collecting of artists’ work will be continued at ArtVilnius’17; young visitors to the fair will be able to avail themselves of an educational programme and creative workshops.

‘ArtVilnius could be called a Cannes for the art world, to which the best-known galleries come, collectors fly in their private planes, where they can actively engage with and consult the owners of the participating galleries, art experts, and the artists showing their work. We organise excursions for guests of the fair not only to galleries and museums but also show them Lithuania. I know quite a few people who after their first visit fell in love with Vilnius and now return here for their holidays,’ added Diana Stomienė, the fair’s director.