Ukrainian Art in ArtVilnius’22: in War, Artists’ Creativity Is their Weapon 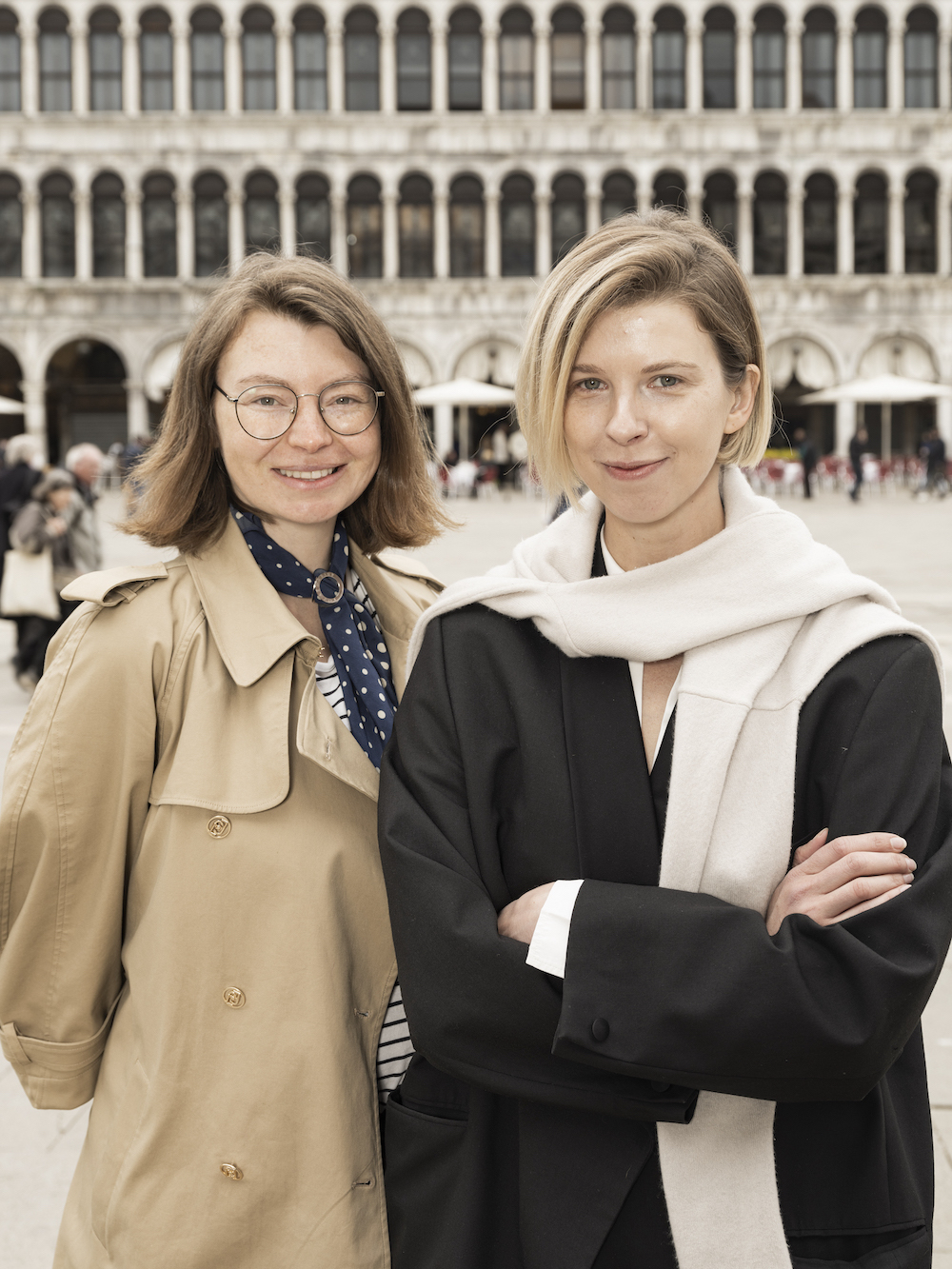 Ukraine has been an important partner of the international contemporary art fair ArtVilnius since its inception. In 2009, the first fair brought together as many as ten art galleries from Ukraine. “Artists from each country have their own style, but Ukrainian works immediately catch your eye – talented, interesting, bright, and carrying important topics. In 2015, after the first annexation by Russia, in order to support the Ukrainian people, we invited Ukraine for the first time to participate as a special guest at the fair. The intentions are exactly the same this year – Ukraine is a special guest of the fair,” said Diana Stomienė, director of ArtVilnius contemporary art fair.

According to Valentinas Klimašauskas, the curator of the Project Zone, who initiated the theme of ecology of ArtVilnius’22, this year’s guest of the fair, Ukraine, reflects the broad theme of ecology particularly well. “In the context of the war in Ukraine, it has become evident that ecology is not only about maintaining an imaginary regime of sustainability – it is also about the struggle against overtly or covertly repressive powers or ideologies that tend to regress into a fictitious and regressive past,” says Klimašauskas.

This year, six Ukrainian galleries are coming to ArtVilnius’22: regular participants Tsekh (Kyiv | Vilnius), Ya Gallery from Lviv, Art14 and Ra Gallery from Kyiv, and new additions to the fair – Shcherbenko Art Center from Kyiv and The Naked Room Gallery, the latter representing Ukraine at this year’s 59th Venice Biennale.

The Project Zone will feature a special program of videos dedicated to ecology and Ukraine, including poetic, critical, anti-war, and other video works by Andro Eradze (Georgia), Dana Kavelina (Ukraine), Goda Palekaitė (Lithuania) and Adrijana Gvozdenović (Montenegro), Sashko Protyah (Ukraine), Anastasia Sosunova (Lithuania), and Miglė Vyčinaitė (Lithuania). Oleksiy Radynski, a renowned filmmaker and writer living in Kyiv, will present his individual project Circulation at ArtVilnius’22 – a video installation, for which he spent three years filming the ever-changing landscape of Kyiv through the window of a train. Against the backdrop of geopolitical processes, the city’s shifting images hint at the country’s ongoing war. 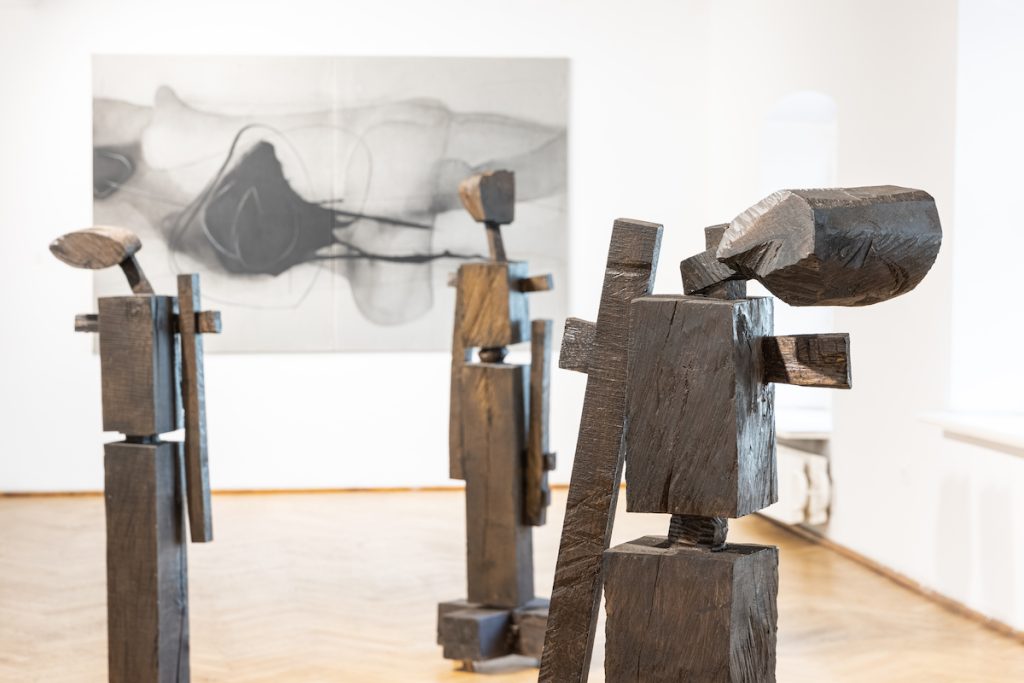 “Since we set up our gallery in 2018, we have been planning to showcase Ukrainian artists to the world. 2022 was supposed to be our breakthrough year: the ArtVilnius in Lithuania and similar art fairs in other countries, the Ukrainian Pavilion, and the work of Pavlo Makov at the Venice Biennale. The brutal Russian invasion disrupted everything – our work, our art, and our lives,” said Maria Lanko and Lizaveta German, two of the co-founders of the Ukrainian gallery The Naked Room. “But we are moving forward with our plans because there is much more at stake in this terrible, devastating situation than the success of our private gallery. Every moment we are thinking about the artists and their community. They are in our hearts, and we have to save them first.”

At ArtVilnius’22, the gallerists would not only like to share the same energy they felt with curator Boris Filonenko when opening the Ukrainian Pavilion in Venice but also to find inspiration. Although Kyiv is still the gallery’s center, new partnerships in Europe are enriching our activities and our program,” say Lanko and German, who are coming to Vilnius. 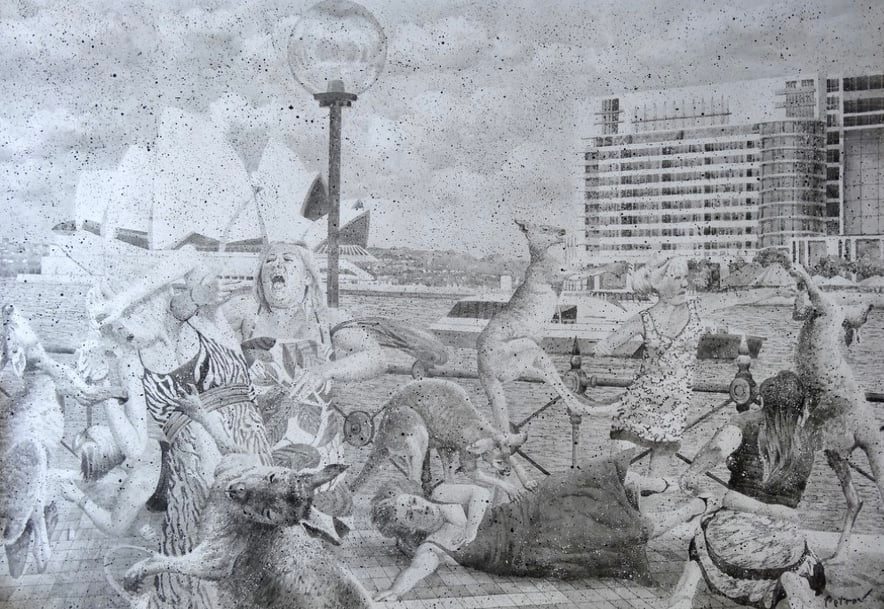 In Vilnius, The Naked Room hopes to focus on the young Ukrainian artist Alexandra Kadzevich, currently based in the Netherlands. Her work has been specially selected for ArtVilnius – a series of highly personal works created last year, taking as a starting point a box of old photo negatives inherited from her grandfather. In it, Alexandra not only discovers a completely new, unknown chapter in her family history but also demonstrates a different approach to painting. At The Naked Room stand, visitors will also see some of Alexandra’s very personal, family-related items.

The organizers of ArtVilnius’22 have invited Kyiv’s Ra Gallery to re-establish its presence in Lithuania. “Nowadays, the director has given his gallery to the war effort,” says D. Stomienė, the director of the fair. “It is very important that the gallery’s activities remain uninterrupted, that its artists survive this difficult time, that they receive offers to exhibit their work in other countries, and that they find people who will buy their work.”

Ya Gallery, which is participating in ArtVilnius for the fourth time, and its founder, collector, and exhibition curator Pavlo Gudimov, are extremely pleased with the friendship between Lithuanian and Ukrainian artists, which has long been supported by Lithuanian diplomats.

“The situation in the east of Ukraine today is very complicated,” says Gudimov, who is coming to ArtVilnius’22 himself. “Kharkiv State Academy of Design and Arts has moved to Lviv, and the Kharkiv School of Architecture has left too. When it comes to Donetsk and Luhansk regions, it’s difficult there, with many destroyed cultural objects. In Odesa, the situation is a little more stable, and in Dnipro, too. Today, Ukrainian cultural activity is concentrated in the western part of the country, with Kyiv gradually returning to its former life, with galleries and new exhibitions starting to open up. Museums are not yet functioning or functioning as exhibition spaces – they are still keeping their collections hidden. Most contemporary art galleries have also retreated to the west of the country or moved abroad altogether. Our gallery has moved to Lviv, and part of our collection is in Vilnius. The gallery team is working in Ukraine, we only have the opportunity to leave the country and exhibit artists abroad.”

P. Gudimov is concerned that the country has lost many artists, especially women, who are now working and living in safer places, mostly abroad. Their departure has drained the art field, and the curator does not doubt that his country’s cultural sphere will feel the consequences for a long time to come, and will have to put a lot of effort into bringing artists back to their homeland.

In the war against Ukraine, the country’s artists have their own weapon: creativity. P. Gudimov talks about a group exhibition he curated in Lviv, entitled The Muses Are Not Silent. It featured the work of wartime artists. This exhibition had a great resonance abroad. “There is no more wartime art left in the world, and we are talking about what we know, what is happening here, which is phenomenal,” says the curator. “Our artists are very active – in the field of art, politics, and society. And yet, they need a lot of help to survive these difficult times, to spread Ukrainian culture to the people of their country, and to find their place in the world art sphere.”

ArtVilnius’22 will also be attended by regular participants of the fair, the Tsekh Gallery, which has branches in Kyiv and Vilnius and has completed more than 400 individual and group projects in Ukraine and abroad in the twelve years of its activity. Tsekh will present the works of artists already beloved by the visitors: Evgeny Merman, Mykola Bilous, Ievgen Petrov, Yaroslav Derkach, and Rustam Mirzoev. Tsekh Gallery was selected as the best foreign gallery by the ArtVilnius’15 jury.

V. Klimašauskas, curator of the ArtVilnius’22 Project Zone, would like to look at the current war from the perspective of hope. He believes that a common denominator, telling the tragedy of war and the fragility of human destiny, is necessary, but so is hope and a new approach that invites us to rewrite the history of not only art but of the world.

“This year, we strongly encourage you to support Ukrainian artists at ArtVilnius’22, to help them survive this difficult period, to purchase Ukrainian works that you can later donate to museums, leave for future generations as a symbol of friendship and unity between our countries,” says D. Stomienė, the director of ArtVilnius and the president of the Lithuanian Art Gallerists’ Association.

ArtVilnius’22 is funded by the Lithuanian Council for Culture, under the patronage of Vilnius City Municipality, with Lewben as the Exclusive Partner and Cobalt as Maecenas.