WHAT ARTWORKS WERE PURCHASED AT THE ARTFAIR ARTVILNIUS’19? 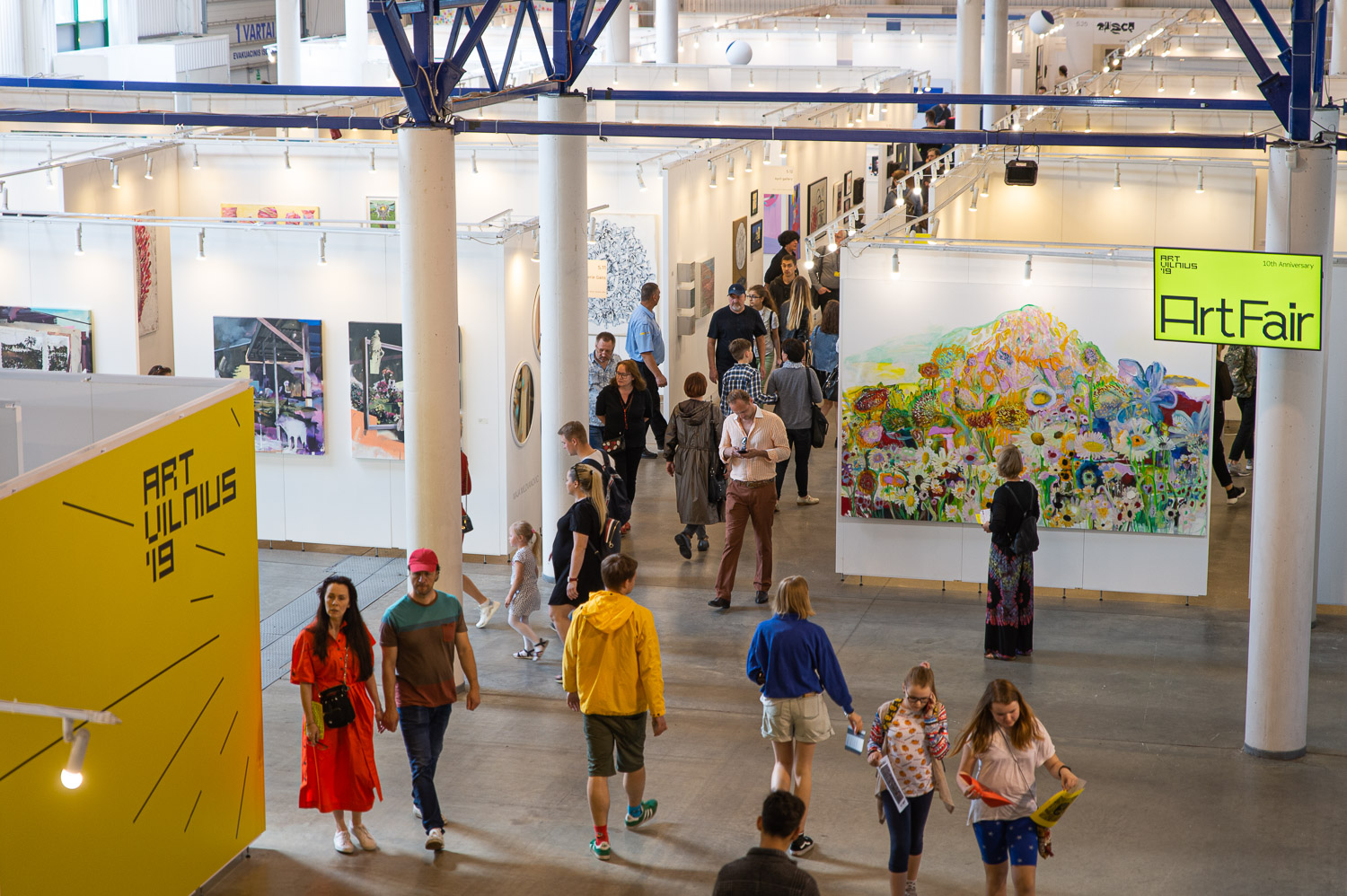 ArtVilnius’19, the largest event of visual arts in Eastern Europe, celebrated its 10th anniversary this year. Three Litexpo halls in the capital hosted as many as 65 art galleries and 300 artists from 20 countries, and the French art scene which became one of the most important accents of the 10th-anniversary art fair.

During the four days of the art fair, the exhibition and congress centre LITEXPO was visited by 23.1 thousand visitors and sold artworks worth EUR 380 thousand. According to Diana Stomienė, director of ArtVilnius’19, the results are really good, and this is not the final amount of transactions.

“The artworks purchasing process doesn’t stop with the end of the art fair; it moves to the galleries, where many transactions are finalised after the fair. We are glad to have had such an interesting programme of art galleries for our 10th art fair. This year, we had a variety of media works, including painting, photography, dance, sound, performances or objects”, says the director of the art fair ArtVilnius.

This year, the art fair and its partners offered the visitors a very extensive programme, which received favourable treatment both from the visitors and art professionals. In the project zone, the exclusive partner of the art fair, the Lewben Group, presented a part of the Lewben Art Foundation’s collection addressing the interesting topic of religion and belief in the context of contemporary art.

The long-time partner of the fair, MOCAK Museum of Contemporary Art in Krakow, presented an exposition exploring the situation of an artist. Key Lithuanian art institutions, such as the Contemporary Art Center and Jonas Mekas Visual Arts Center, also presented their exhibitions at the fair. The curated project space was supplemented by the exhibition On the Edge presented by Aurélie Faure, curator of the #FocusFrance programme. The exclusive novelty of this year’s fair was the stage of the Lithuanian National Opera and Ballet Theatre, where visitors of the art fair were invited to see a modern ballet project titled Creative Impulse.

Visitors of the art fair purchased works from French galleries Galerie Eric Mouchet and 22.48 m² which joined the fair for the first time. Second-time participant Galerie des Petits Carreaux (France) was also among selling galleries. Danish NB Galleri and Tsekh Gallery from Ukraine (which has its branch in Vilnius) enjoyed success, too. Artworks from the Ukrainian gallery Set.Independent Art Space were bought by Belarusian collectors.

Selling Latvian artists were presented at ArtVilnius’19 by the Art Academy of Latvia and Agija Sūnas Art Gallery. Estonian artworks were purchased from the long-time participant of the fair, Estonian Okapi Gallery. The Russian Kovcheg Gallery also enjoyed successful sales.

The project is co-funded by the Lithuanian Council for Culture; patron – Vilnius City Municipality