ARTVILNIUS’14 – WITH ART COMING INTO OUR LIFE 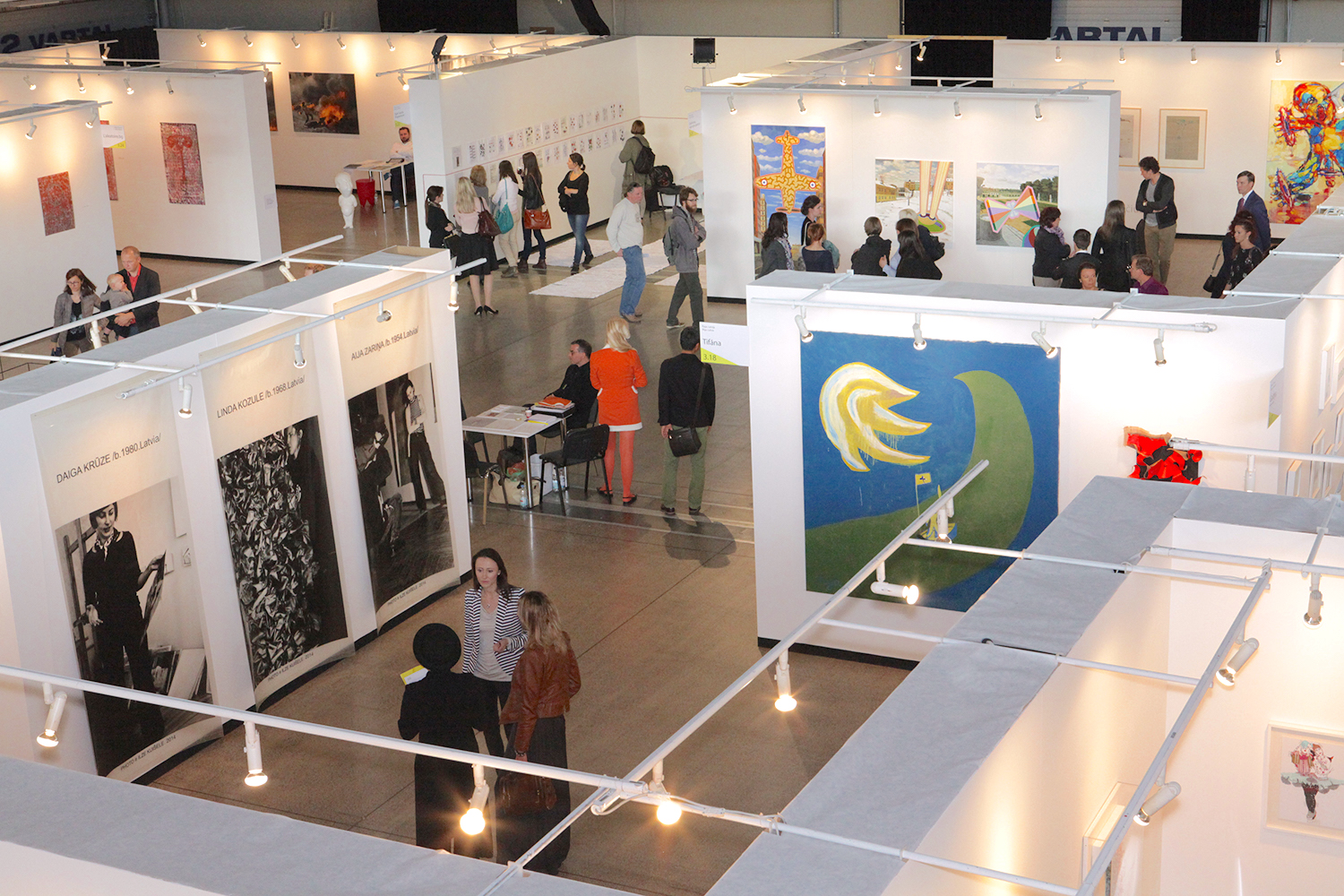 The Baltic largest contemporary art fair ARTVILNIUS’14 was for the fifth time hosted by the Lithuanian Exhibition and Congress Centre LITEXPO in Vilnius. This year the art fair was proud to present a considerably greater number of participants: 65 galleries from 18 countries of the world (as compared to 50 galleries from 11 countries participating last year).

Throughout the five days of the fair, gallerists, artists and collectors were not only enthusiastically exchanging their contact information, establishing new contacts and planning joint projects for the future, but also actively engaged in sales. In a commercial sense, ARTVILNIUS’14 did not yield to the last year’s fair – more than 140 artworks were sold for more than 600,000 litas and some works are still under negotiation.

As usual, visitors were also actively engaged in the evaluation of artworks. They had an opportunity to give their votes in favour of one or another artist. Visitors’ involvement is an important “additive” increasing the attractiveness of the art fair, whilst artists have an opportunity to be rated by the audience. This year, the most visitors’ votes went to Saulius Vaitiekūnas (gallery Terra Recognita), who presented probably the most spectacular work of the art fair – Žalia giria, balta jūra (Green Forest – White Sea). The visitors’ most favoured gallery was POST Gallery (Kaunas).

The art fair was visited by a total of nearly 19,000 visitors. Among buyers there were collectors from Lithuania, Latvia, Ukraine, Russia, Sweden, Germany, France, Estonia, and other countries. The art fair was visited by many well-known businessmen, politicians, and artists. According to Mrs. Diana Stomienė, directress of the Art Fair ARTVILNIUS, “There are close relationships between art and business all over the world: representatives of the business world often become art collectors and invest huge amounts in this area. I am glad to see this tradition getting stronger and art exhibitions attracting growing attention from business people in Lithuania”. This year, the art fair maecenas Raidla Lejins&Norcous and sponsor UAB Krasta Auto organised a social evening for business customers during which the BMW’s latest model was presented.

Diana Stomienė, the initiator and long-time organiser of the art fair, says that the sponsors and partners who believed in the project and who are growing in number, as well as the professional work of art fair architects Processoffice who did a lot to create the overall image of the art fair and its visual attractiveness, greatly contributed to the encouraging results of the art fair. Certainly, the primary guarantee of fair’s success has always been interesting and high-quality gallery expositions, as well as the high artistic level of the works presented. This year, the organisers of the art fair were again assisted by volunteers and trainees from the Vilnius Academy of Arts.

In his introductory speech for the catalogue, Eric Schlosser, creative director and curator of the art fair, said: “ARTVILNIUS brings to your door artworks from around the world, with one desire that you let them in, let them become part of your life”. The significant increase in the number of participating galleries and visitors is the evidence of the growing role of art fair in the Lithuanian cultural life, of Vilnius gradually, but insistently, anchoring on the international map of art fairs, and of the art fair assuming its unique face. More and more people are ready to let art in! And this is the basic aim of the art fair.